Watching My Way To Wellness 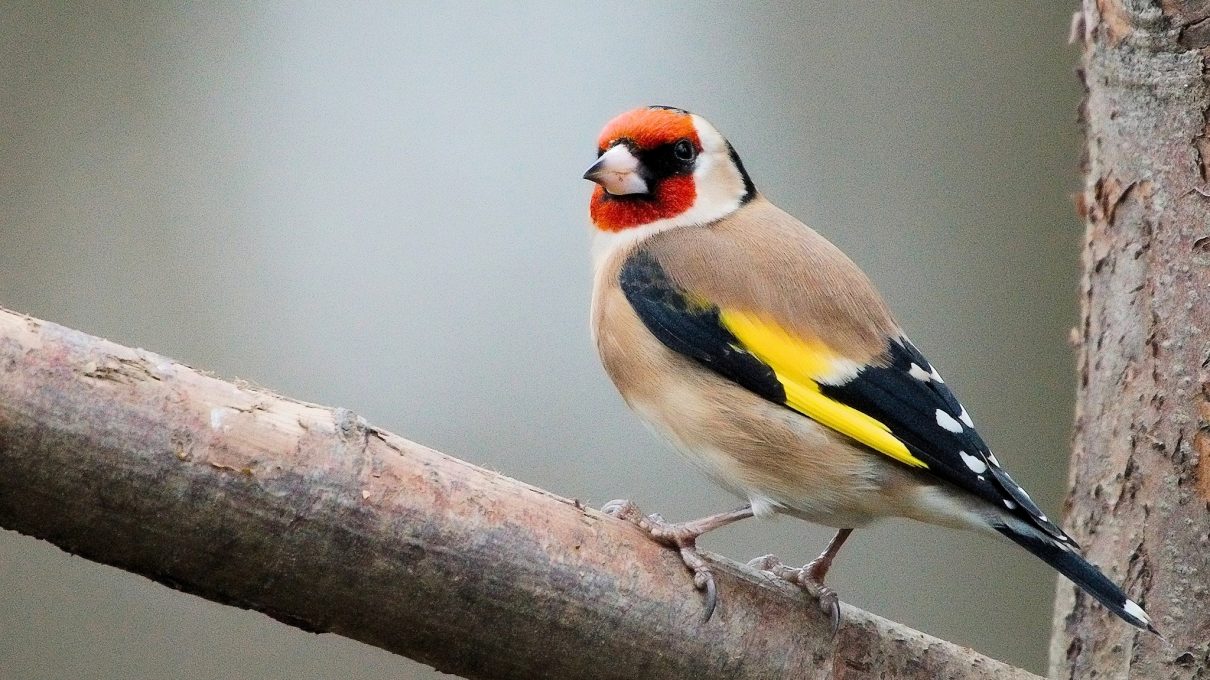 I had never really been very interested in birds. Except ducks. I liked ducks. But birds, I thought they were not for me. That was then. Over the last few months, things have changed. They’ve changed a lot.

For most of my life I’ve struggled with severe anorexia. Late last year I had a significant relapse, which saw me requiring hospital. Desperate to avoid a return, I decided to give up my job, flat, and life in London to return back to my parents in Kent, England, at the age of 30, and have them help me eat again and gain weight. The process has not been without its challenges, as I’m sure you can imagine. But one silver lining, and there is always one, is that my mum and I have become even closer than we were before. One of the ways we’ve bonded is through birds.

My mother has always been interested in birds, and would try to impart her knowledge to us children as we grew up. Now there was a new opportunity to do so.

It started over breakfast. The thing about recovering from anorexia is that you have to eat a lot, even by normal standards, and move very little, barely at all. Added to this that I was very frail and cold, and it didn’t make any sense for us to be going out very much. So my early days as a ‘twitcher’ happened from the comfort of our living room.

Sitting there with cereal in one hand and coffee in the other, we’d watch the dark November skies get brighter. And with no job to be running to or place to be, I had the time to sit, and watch. Watch the birds out there in our small suburban garden. For many the little sparrow isn’t exciting, but it was the first bird that I learned to properly recognize. The colorful goldfinch was another frequent visitor, and I loved to see their bright red faces frolic in the low sky.

The thing about recovering from anorexia is that you have to eat a lot, and move very little… So my early days as a ‘twitcher’ happened from the comfort of our living room.

One of the first trips out involved a visit to the local Poundstore for some peanuts for the birds. Dad filled the feeder and hung it up with wire. Now I could watch the birds eat breakfast whilst I did the same. We had to be careful, as the large magpies would barge some of the smaller birds out of the way. I’d always only known magpies by people’s muttering or saluting. Now I knew them as the bully of our garden. And of course, there were the red breasted robins. As Christmas came that year, for the first time I had seen more in the garden than I had on cards.

There was one bird that we didn’t init≈ially recognize. The reddish crest and black streaked eyes of this small bird were not familiar to Mum, and we had to leaf through the large bird encyclopedia. All the way to ‘W.’ It turns out that waxwings only come to the UK gardens in winter once every seven to eight years when the berry crop fails in their native Scandinavia. According to the Royal Society for the Protection of Birds 2017 Birdwatch survey waxwings were seen in around 19 times more gardens in the south east of England in 2017 compared with previous years.

The Health Benefits of Bird Watching

Many of the health benefits associated with bird watching are related to the fact that it encourages people to get out in the fresh air and have a change of scenery. Near us is Singleton Nature Reserve, a small community space consisting of semi natural broadleaf woodland, new woodland planting, mixed scrub and lowland meadow areas. It was a great space for some fresh air for the patient, and a gentle walk with my mum. The community woodland is home for a number of birds including endangered species such as skylarks and yellowhammers.  We were lucky enough to see the latter, and the brightly colored yellowhammer was an arresting sight against the grey skies of January, its white tail feathers fading into the clouds in flight. There’s also an excellent café at the visitor centre. It was time for tea and biscuits.

I had a memory from my childhood of driving through purple carpets. It turns out that the location was King’s Wood in Challock, Kent, and that magical carpet, bluebells. The 1500 acre wood was once a royal hunting ground, and a herd of deer still roam the wood. We didn’t see any of those, but by now I was more a fan of winged creatures anyway. The resident tits were in abundance – blue, great, coal, marsh and longtail – and if we listened closely the song thrush could be heard. Sweet Chestnut, Corsican Pine and Douglas Fir make up most of the woods, and along the trunks we watched treecreepers hopping up and down, heard the drumming of great spotted woodpeckers, whilst it was out in the carpark that we spotted green woodpeckers hopping along, looking for some sustenance. 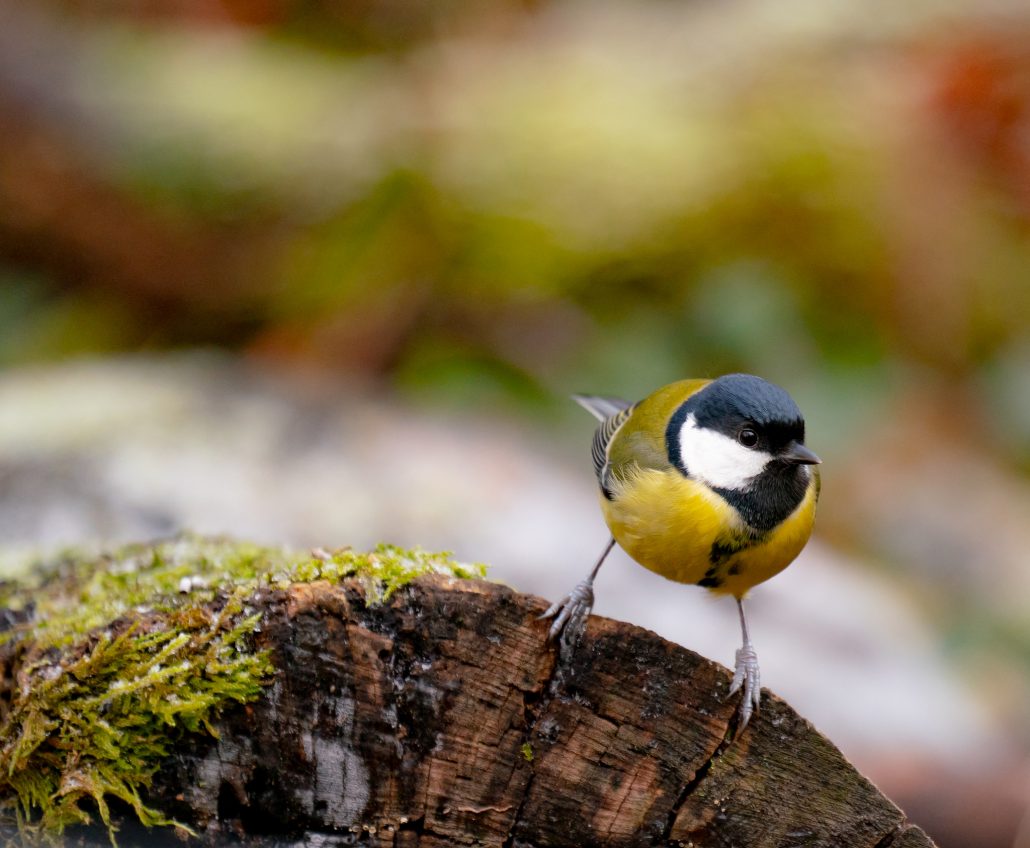 As the days grew brighter and I grew stronger we ventured further afield. April saw us head down on the marshy coast of Kent to the Dungeness Bird Sanctuary. With open flat land filled with rushes and shingle, willow scrub and bramble bushes runs along a moat and bank and a shingle trapping area, the landscape is ideal for spotting both native and migratory birds. Walking the paths where purple orchids blossomed we saw and heard yellow chests of willow warblers and the slender green chiffchaffs. I was unable to tell the difference, but Mum is both more keen eyed and musical than I am, and recognized the difference in their melodies.

Dungeness is on the narrowest point of the English Channel, and is an important migration point. Out above the grey sea there were swathes of the common terns vying with gulls for our attention – or more likely some fish. The speckled down of the tern reminded me of the shingle of the beach, so different in size to the seagull we see all the time trying to get into bins and wrestling with tourists for their chips. And on the drive home through the Romney Marsh we were lucky to spot a peregrine falcon hovering above a stream, ready for dinner. Just like I was.

As summer came and the breakfasts grew bigger, the birdlife in our garden changed. With more energy I became more animated, and excited to see the latest visitors. It was over some dippy egg and soldiers that I first learned of the grey plume of jackdaws, and just why the pied wagtail got its name. We saw the white Vs on the wings of the great tit as it tried to beat away smaller birds from the bird feeder. I was going out and about more, and on gentle strolls I would see the bright little heads of moorhens, and recognize the familiar coo of woodpigeons. I would get excited at seeing a sparrow, just because I knew what it was.

I still struggle to tell the difference between a blackbird, crow and magpie at a distance, but I’m getting there.

It’s not only me that has found health benefits through bird watching. A 2017 study by the University of Exeter, the British Trust for Ornithology, and the University of Queensland, published in Bioscience, found a positive correlation between the number of birds, trees and shrubs that people could see, and their mental health. It’s a meditative pursuit that can reduce stress levels and encourage awareness.

I still struggle to tell the difference between a blackbird, crow and magpie at a distance, but I’m getting there. Certain foods still scare me, but it’s a process. And Mum and I have always been close, but now we have a shared interest. It’s been a journey. 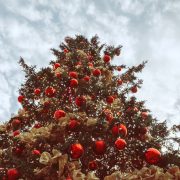 Ask Ada: How Do I Have The Perfect Chronically Ill Christmas?
Ask Ada
How Music Heals

The Disabled Filmmaker Turned App Maker Trying To Map The Accessibility Of Every...
Don’t miss one more amazing story.
Every week, we’ll send a few of our favorite stories to inspire you.
Send this to a friend
Scroll to top