I studied to be a scientific scuba diver, but after being diagnosed with heart arrhythmia, I no longer knew where I belonged.
heart arrythmiatachycardia 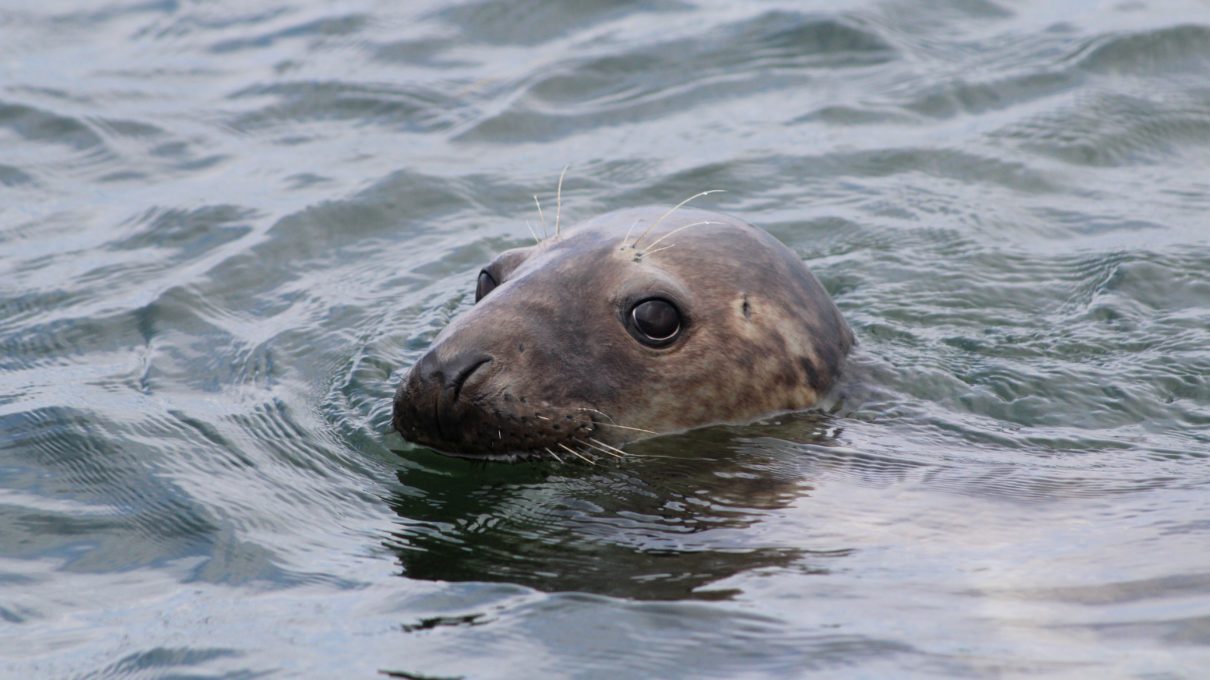 I am sitting in an anchored boat, surrounded by ocean, alone.

I’m wrapped in a bright red jacket with a neon yellow hood, so that if I fall in, you’d see my bright tiny yellow head bobbing in the thousands of square miles of dark blue. The boat is open, filled with SCUBA tanks, an oxygen kit, life jackets, a five-gallon bucket of rope, coolers for samples, and a red and white dive flag, desperately flapping in the wind.

Thirty feet away, underwater, are my labmates. They are breathing compressed air, wrapped in black neoprene, swimming in forty-degree water—still warmer than the air up here. It’s November.

I’m hunched over with my hood up, feeling the ocean swell, hearing waves lap at the hull, staring at my brown waterproof boots. My toes are cold and I feel the deep pull of not being good enough, strong enough, worthy enough. I look at the rising bubbles from my co-workers, indicating that they are still alive. I realize I’m staring at a glass floor instead of a glass ceiling, aching to dive in below and join my team.

The American Academy of Underwater Sciences, the last and final word in scientific diving certifications, does not allow you to be a scientific diver if you have a heart condition like mine. Click to Tweet

The reason I’m stuck in this boat is because after six months of scientific dive training, I became extraordinarily sick. I was hospitalized and after some awful testing the doctors learned that I have a heart rhythm problem that they couldn’t fix. So, they inserted a device between my skin and chest wall that defibrillates me when my heart beats too fast.

The American Academy of Underwater Sciences, the last and final word in scientific diving certifications, does not allow you to be a scientific diver if you have a device like this one, nor a heart condition like mine. When I learned my diagnosis determined from an exploratory surgery, I wept for hours. I felt like my dream of being a scientific diver was cut out of me with a serrated, rusty edge, leaving a gaping wound in my ego.

A committee member told me that this was my chance to design and lead research projects. After all, an important part of Ph.D. training is learning how to manage a lab. So, I helped plan the dives, I prepared the divers, I focused on safety, and I learned how to drive the boat. Surface support is an important job during an emergency; they will call the Coast Guard and administer oxygen to divers suffering from the bends, a heart attack, or a rare shark attack.

Once, my advisor and I got into an argument about a research proposal. He got very defensive and said, “Do you know how lucky you are that you have labmates that will dive for you? I don’t think you’re grateful or thankful enough.” We worked in a lab where almost all of our field projects had some diving and mine was partly designed before I was diagnosed. I wanted more than anything in the world to dive for my labmates but I couldn’t. I wasn’t allowed. Of course I was grateful, and I did thank my labmates, and I could give them surface support, but this was a diving lab. Diving was where the work was, where the glory was.

Back in the boat, surface support for someone else’s project, feeling sorry for myself, I hear breaths on the surface. I look up and see three slick, dog-like faces, and shiny black eyes staring at me. Gray seals. We stare at each other for minutes, only curiosity hanging in the air. Suddenly, silently, they disappear. I look around, specifically for a lobster boat. Seals are excellent at taking lobsters out of lobster traps, which fishermen know… and which is why some fishermen don’t have reservations about shooting seals on sight. So, seals know exactly what a lobster boat sounds like.

Seals are excellent at taking lobsters out of lobster traps, which fishermen know… and which is why some fishermen don’t have reservations about shooting seals on sight. Click to Tweet

About a quarter-mile away, turning the corner around an island is a lobster boat. It putters towards me, which isn’t surprising given the limited number of navigable routes through this particular stretch of treacherous rocks. When the boat is close enough for me to see two men, I wave. I want them to see my flag and avoid our divers below. They wave back, and keep coming towards me. As they get closer, I am nervous and excited. If I was approached by two random men on land, I would be very, very nervous. But out on the water, even though you’re much more vulnerable, more often than not, people are just coming by to check on you.

The men are wearing baseball caps, sweatshirts, and Grundéns – the uniform of Maine’s fishermen. I can hear their rock music, and I notice they’re not wearing their waterproof jackets; they’re probably warm from hauling traps all day.

“Do you want some hot water? It’s not clean or anything, but it’s warm. If you give us a bucket, we can fill it up.”

“Sure, that’d be great.” I say, a little confused at first, but then it occurs to me it’s probably for the divers to dip their cold hands and feet into when they surface. I pass a bucket over the boat railings to them. One guy dips it in the hot water tank and passes it back to me carefully. As I grab the handle and slowly put on the bottom of the boat, I can smell hot salty water mixed with bleach, and see tiny dead crustaceans floating at the surface.

I smile big and say,

I point enthusiastically to the bubbles at the surface —

“– will appreciate it when they come out of the water!”

Without pause, the guy who gave me the bucket says casually, “Oh. It’s not for them, it’s for you.”  He’s already putting the engine in gear, heading towards other traps, and waving goodbye, all in one motion.

Those guys knew that the worst part of a day was waiting to work, to do something, to be useful. Click to Tweet

But I’m still in that moment. The warm water wasn’t for the divers; it was for me. Me, the surface support sitting cold, alone and useless in a dive boat. Those guys knew that the worst part of a day was waiting to work, to do something, to be useful.

I wrestle back tears, and survey the beautiful rocky coastline, breathe in the crisp air, and listen to the rhythmic cackles and cries of gulls and terns. Maybe I belong out here after all. I sit next to the bucket of warm water, dip one brown waterproof boot into the bucket slowly, then the other, and I start to feel a little bit warmer everywhere. 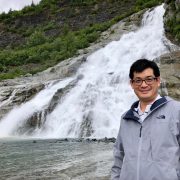 I Tried To Quit My Job Because Of Psoriasis, But Thankfully, They Wouldn't Let Me
Howard Chang
Ask Ada: My Partner Doesn’t Understand I’m Disabled

How Chronically Ill Communities Can Fight Online Hate
Don’t miss one more amazing story.
Every week, we’ll send a few of our favorite stories to inspire you.
Send this to a friend
Scroll to top