Cat behaviorist Aimee Malpass, who has Crohn's Disease, says that cats are the kings and queens of mindful living. They should inspire us all.
Crohn's Disease 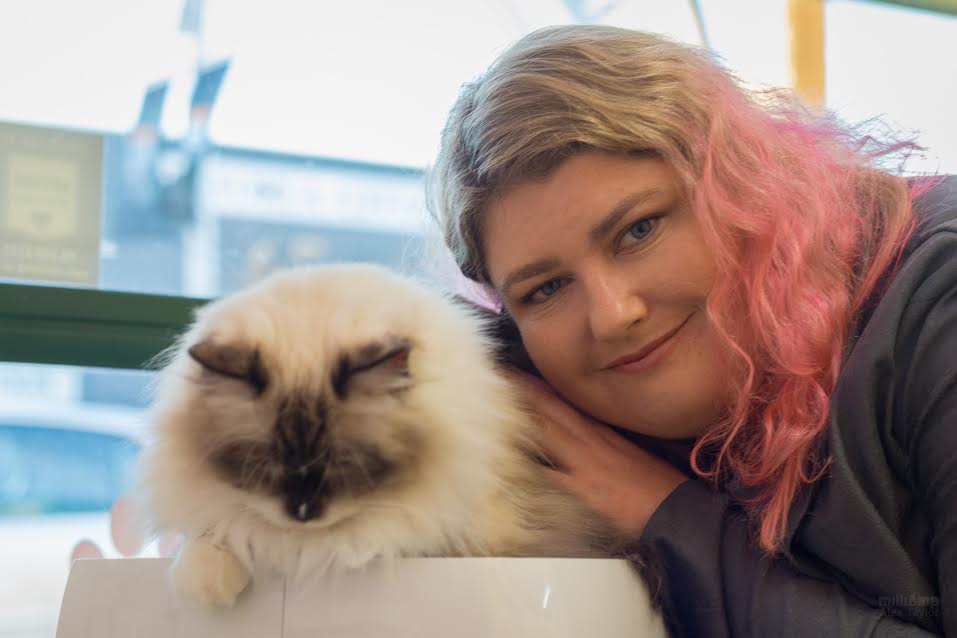 Mindfulness is more than just a buzzword on the blogs of health gurus… and cats are the original experts, according to Aimee Malpass.

Aimee, who works as a feline behaviorist, says we can learn a lot from our furry friends.

“Cats show us how to take it easy, she says. “to only do what we can do, to take naps and live in the moment. My own cats and the ones I work with have kept my head above water so many times: they are the kings and queens of mindfulness. 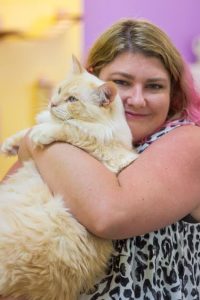 Aimee became interested in the field of animal behavior while training as a vet nurse. She saw many animals with challenging issues, and was required to assist with putting a cat to sleep due to its behavior. She was heartbroken over what she had witnessed.

“I didn’t want to see cats die for being cats. I felt so powerless to help. I saw the problem, but I didn’t realize there was a solution until I discovered the TV show, My Cat From Hell. By that point I was having issues with one of my own cats. The vet prescribed antidepressants, but nothing helped She basically just sat in the corner all day. So I asked if there were any animal behaviorists I could contact for help, but none of the staff knew of anyone. I was on my own. I realized then there was a need.”

At that point, Aimee enrolled in a Bachelor of Science, majoring in Animal Behavior, and started working with problem animals soon after she graduated.

“[Cats] are the kings and queens of mindfulness.”

Aimee’s work allows her to be flexible, which is necessary for her own health. After suffering mysterious pain and fatigue for close to six years, she was finally diagnosed with Crohn’s Disease, an inflammatory bowel disorder, in 2015. Unfortunately, by that point three quarters of her large bowel was ulcerated and inflamed, and use of the chemotherapy drugs Remicade and Methotrexate have become necessary to help keep the disease under control. The symptoms are persistent and unpredictable, so running her own business allows Aimee to fit her job around her abilities. And working with cats has taught her about looking after herself.

“I think watching a cat sleep in the sun, chest slowly rising and falling as they do nothing else but live in that moment of total bliss and relaxation: that’s something we should all aspire to. If we all took it as easy as our cats, we’d have a better time!”

Aimee says the nature of the work is a blessing in disguise in more ways than one. Her day-to-day job involves going into people’s homes to work with them and their animals, and the hours can be modified depending on her own wellness.

“The job tends to be piecemeal, which actually works well. Whether it’s doing behavioral consultations or caring for cats, I never have to go to a place and stay there for 8 hours a day, which is a thing I would really struggle with, especially if I’m having a bad flare up. Having a job that is only a couple of hours a day in which I get to do something that is not highly stressful really helps!” 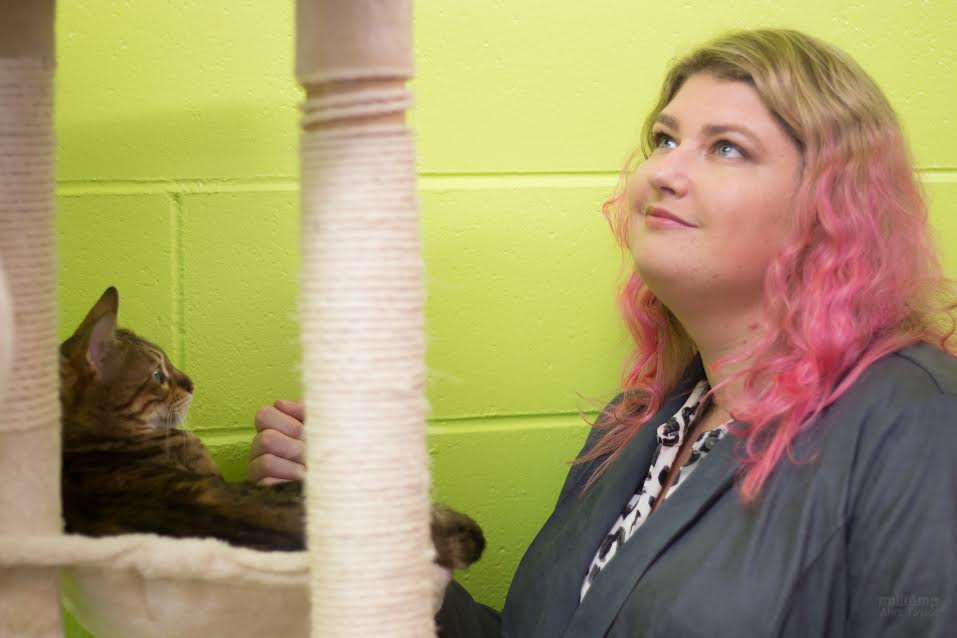 As part of her job, Aimee helps owners learn to understand their cats’ needs.

She says a typical day might involve assessing one client’s needs. She begins with the owners, asking them lots of questions about their cats and how they act, both their normal behavior, and what the problem behavior might be. A lot of the time, she can track a cat’s behavior issue to their environment, rather than something within the animal itself.

“That means it’s more about modifying the environment and letting cats be cats rather than “training” like you would do with a dog, although training cats is entirely possible too!”

Assessing the cat involves watching how it behaves, how it interacts with its owners, and what’s going on in its environment. Aimee then makes initial suggestions of what could be causing the issue, which is often something like inappropriate urination or unpredictable aggression.

Once that meeting is over, Aimee heads out to write up a full report for the client. As well as the behavioral consultations, she looks after cats while their owners are on holiday, so her day will often consist of a few other necessary pitstops for food and cuddles.

“I think watching a cat sleep in the sun, chest slowly rising and falling as they do nothing else but live in that moment of total bliss and relaxation: that’s something we should all aspire to.”

At home, Aimee has three cats of her own to keep her company.

“They honestly keep my head above water sometimes with their gentle but very loud purrs. The brothers, Tobi and Nimbus, are Burmillas–part Burmese, part Chinchilla Persian — are very affectionate and demand a lot of my love, which is the best feeling when you’re sick and not really feeling like you’re worth much. I know they couldn’t live without me and I couldn’t live without them, as dramatic as it sounds. The girl is Bobbit, she has a sad story in that her tail was burned off when she was a 4 month old kitten, so it had to be amputated. She has a lot of behavioral problems because of this and she can be very stressed and is very wary of people. I have made so much progress with her though, and she is a very cuddly cat now.” 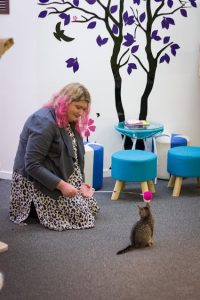 Aimee playing with a client.

When Aimee is having the sort of sick day that keeps her at home with the cats, she likes to play video games, and she finds a creative outlet in cosplay, making costumes of the characters she enjoys. She doesn’t often get the chance to wear what she makes, but says the process of researching and making a costume is very cathartic.

But her true love is the cats, and her work with them and their owners. She says the process of teaching people about how cats operate is deeply rewarding.

The most rewarding part though is knowing that I’ve helped these cats, and there is one less being put to sleep or rehomed because their owners failed to understand the behaviour.”

As for mindfulness, Aimee recommends taking a leaf out of your cat’s book.

“They’re always very much in the moment, focused on one things, whether it’s food or a toy or having a real good nap. We should all take care of ourselves that way.” 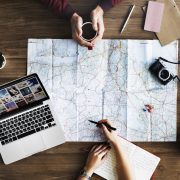 This Dog-sitting Charity Keeps Families Whole Through Illness
Don’t miss one more amazing story.
Every week, we’ll send a few of our favorite stories to inspire you.
Send this to a friend
Scroll to top