What Coming Out As Disabled To My Employers Has Taught Me 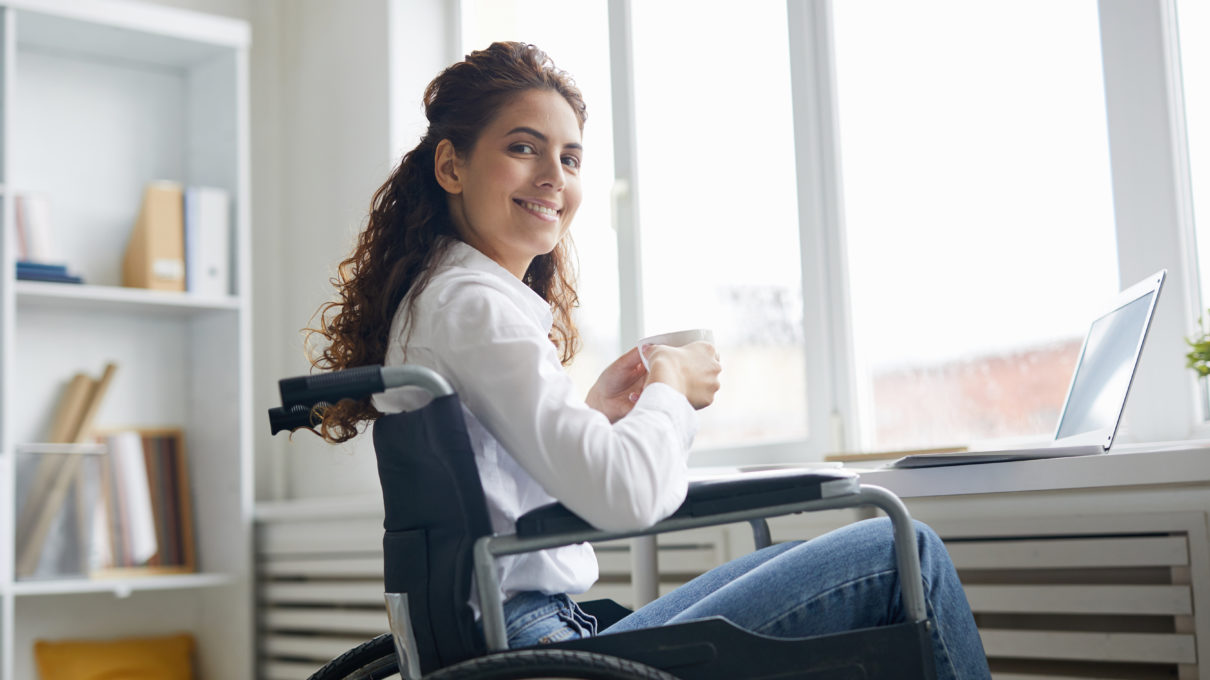 It was a cold afternoon in late March. I was alone, sitting in a reclining chair with a laptop on my lap, a hard black brace on my left knee and a shiny bandaged splint on my right index finger. What am I going to do? I asked myself, crying. How am I going to cope?

At the time, I had no good answers to any of those questions. What I had instead was pain. It came from a debilitating condition called ankylosing spondylitis, a rare form of autoimmune arthritis that caused gnawing, aching, sometimes blinding pain in the joints and tendons across all of my body.

Since the beginning of my first symptoms in 2010, pain has been my constant companion limiting my ability to work and function. But the pain of that cold afternoon in late March was different. It was part of an exceptionally severe flare-up that had so far lasted several months. This pain screamed to be heard and it demanded answers.

At the time, I had a temporary contract with a trendy tech startup that promised to take me to Europe, a dream opportunity. But after a challenging year pursuing different passion projects, I also had no savings or health insurance that would allow me to stop working if I needed to take care of my health.

On that day in March, my body was desperately asking me for a break from this great new job and address my health. My brain, on the other hand, was hysterically pointing to a mounting pile of medical bills, which would not let me quit.

My body was desperately asking me for a break from this great new job I just started and address my health. My brain, on the other hand, was pointing to a mounting pile of medical bills, which would not let me quit.

I was faced with a dilemma. I was in dire straits health-wise and desperately needed a break but I was also in no position to stop working. What is more, I was in agony over how much of this I could really share with my employers without ruining my career and undermining years of hard work. To the rest of the world, when my brace, cane, and splint were off, there was no crisis: my pain was just a bunch of empty words.

It was unsustainable, but somehow, I kept pushing myself. At that point, I was in so much pain, I could only work from home out of a reclining chair. But then, seemingly overnight, I lost the use of my right hand, and with it, my ability to type. For a writer this was a total disaster. But I kept on going: dictating dozens of pages of text a week, and crying in between so many more conference calls.

Over time, I slowly started to get better. After months of costly treatments, I finally reached the point where I could walk short distances with a cane, and even type a little. But then disaster struck anyway. I found out I was losing my job because of “budget cuts.” The great new job at a promising European startup wasn’t promising me anything anymore. I’d pushed myself through months of secret pain for an employer who ultimately didn’t have any loyalty towards me at all—whether because it didn’t understand about my illness, or because it didn’t care at the end of the day, I’ll never know for sure.

I then made a decision to never hide again. My pain was asking for visibility; my body was screaming to be seen and accepted as it was.

I then made a decision to never hide again. My pain was asking for visibility; my body was screaming to be seen and accepted as it was.

When I began looking for new career opportunities, I was far from healed. I was walking with a cane and had a visible limp. I also could not spend longer than a few hours in an office chair. But still, I was determined to find a new job… and this time, while being open about my ankylosing spondylitis. I approached people from my professional network unapologetically, limping in with a cane in my hand but with my head held high. “This is who I am now, this is a part of me,” I thought.

My new boss saw me for who I really was: a talented, hard-working writer, who was as honest and unflinching about their vulnerabilities as they are about their strengths—like all writers should be.

And to my joy and surprise—it worked! At one of my job interviews, the man who would later become my new boss saw me for who I really was: a talented, hard-working writer, who was as honest and unflinching about their vulnerabilities as they are about their strengths—like all writers should be.

The day I got this job was the day when I promised to never hide my illness again. I have since come out in person and on social media as a person with a disability and chronic pain. I wear this badge proudly now. It is a sign, I hope, of my resilience—Proof that I can overcome anything I put my mind to; proof that I am an employee any company would be lucky to have. 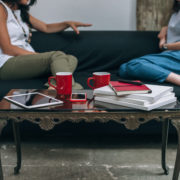 Thank You. Goodbye. I Love You.
Don’t miss one more amazing story.
Every week, we’ll send a few of our favorite stories to inspire you.
Send this to a friend
Scroll to top