In Samoa, nurse Andrea Chapman fights to get vaccines to a population decimated by measles.
measlesvaccines 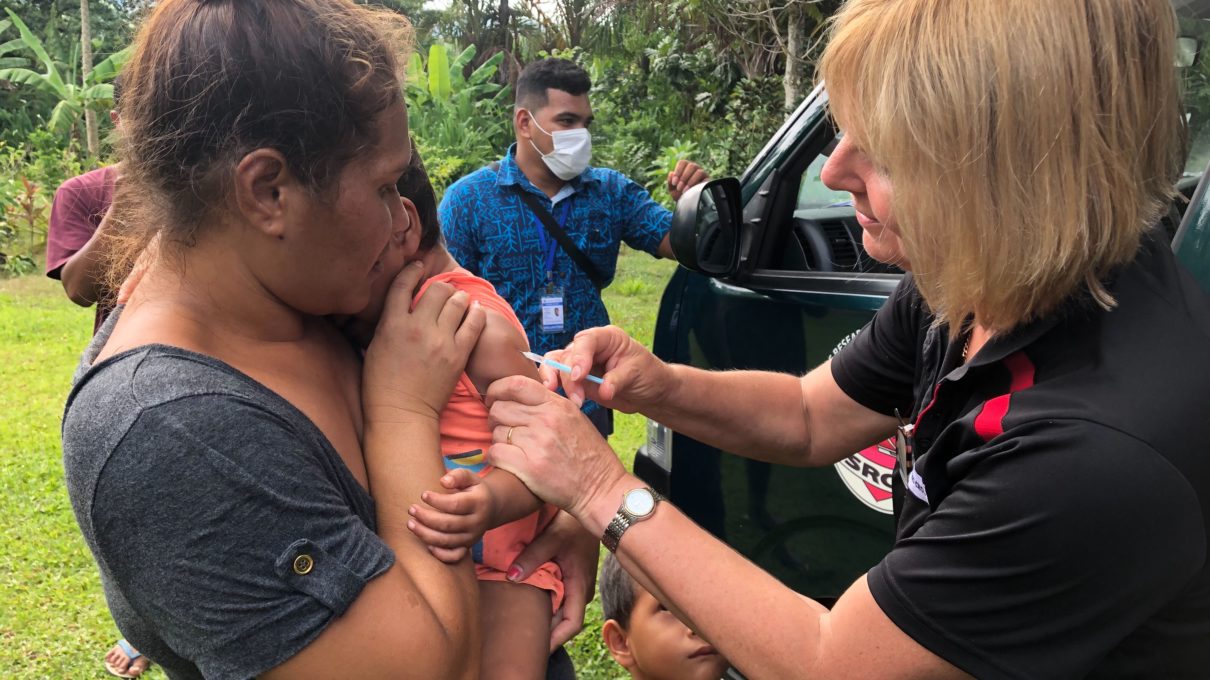 When a devastating outbreak of measles swept through the small Pacific nation of Samoa in late 2019, nurse Andrea Chapman traded in her life in a seaside city in New Zealand for days marching across the island alongside hundreds of other health workers, going house-to-house vaccinating people in an attempt to stem the tide of a deadly outbreak which has, to date, racked up 83 deaths.

Chapman went to Samoa in November with the Red Cross, and over a few weeks, administered about 2,000 vaccines, just by herself. The outbreak began in October, and quickly reached a state of emergency: by early January, there were around 5,700 measles cases reported, on an island with a population of just under 200,000. And although 93% of all people who got measles recovered, to date, the outbreak has resulted in at least 83 deaths.

The crisis was so profound that Chapman, who is originally from England, felt compelled to take leave from her clinic in Nelson, New Zealand, to head to Samoa. She had previously worked in an Ebola treatment center in Sierra Leone and had provided much-needed medical attention in remote Aboriginal communities in Australia.

Chapman deployed with five other nurses to Samoa. Each day she would head out in a van with student nurses, going door-to-door to administer vaccines, allowing her to meet with families and get a sense of the issues on the ground.

In large part because of the growing anti-vaccination movement, measles cases—once nearly eradicated—are surging across the globe. In Samoa, there is a large degree of mistrust in the health system after a 2018 incident in which two infants died from an incorrectly administered measles-mumps-and-rubella vaccine. After the two infants died, the Samoan government suspended the vaccination program for 10 months, despite advice from the WHO. This allowed anti-vax philosophies to take root… opening the door for measles to decimate the population.

In Samoa, where there is a large degree of mistrust in the health system after a 2018 incident in which two infants died from an incorrectly administered mumps-and-rubella vaccine, anti-vax philosophies have taken root.

Aware of this context, Chapman was expecting for parents to be wary when she went door-to-door, trying to administer the measles vaccine. But , instead of skeptical parents, she found the opposite: caregivers who were practically desperate to get their children vaccinated.

“They did really want their children vaccinated. I didn’t ever come across anybody that didn’t want the vaccine; they were really grateful,” she says. But cultural distrust in the healthcare system still demonstrated itself in other ways, such as parents not wanting to bring their infected children to the hospital. “There were a lot of stories: they were scared to go because they felt they’d heard about all these children dying.”

Although Samoa is a collection of small islands, its population density ranks in the lower third of the world’s countries. That meant that to administer vaccines, Chapman and other health workers would need to team up with local drivers, to find families in need of vaccination.

“I remember going to a plantation that was so remote, that when we got there, there was a family of ten boys and not one of them ever had an immunization,” Chapman says. “We immunized them all. Because for that family, it was really hard for them to get to anywhere where they could get vaccinated.”

“They did really want their children vaccinated. I didn’t ever come across anybody that didn’t want the vaccine; they were really grateful.”

Once the measles vaccine had been administered, Chapman would mark a patient’s finger with a permanent marker to show others that the person had been immunized. But the logistics of vaccinating thousands of people in a remote, thinly populated country were tricky. The vaccines needed to be kept at a specific temperature, and torrential rains made it difficult to get to many homes.

Despite the Herculean work of Chapman and her team, the measles crisis came to its head while she was there in the thick of things. “It got to the stage where the government shut down the whole of Samoa, and nobody was allowed to leave their houses,” Chapman. “They had to put a red flag up if they had non-immunized people—-there were just red flags everywhere.”

Now back home in Nelson, where she works as a nurse practitioner, Chapman has been reflecting on the success of the immunization roll-out. The Samoan Ministry of Health coordinated the global efforts, and now approximately 95 percent of all eligible people in Samoa have been vaccinated against measles. Despite the global rise in anti-vaccination, the outbreak and the response have shown the need for immunizations, Chapman says.

“Research has shown that immunization has got to happen to protect the kids, to protect everybody,” she says. “I think it was just a really unfortunate turn of events that something happened that prevented people from vaccinating their children. It just shows how contagious and how deadly measles can be.” 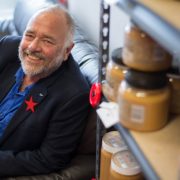 When Disability Turns Into Creativity
Don’t miss one more amazing story.
Every week, we’ll send a few of our favorite stories to inspire you.
Send this to a friend
Scroll to top