When her husband got sick with a rare genetic disorder, Marie Warder spent her life waging war on hereditary hemochromatosis.
hemochromatosis 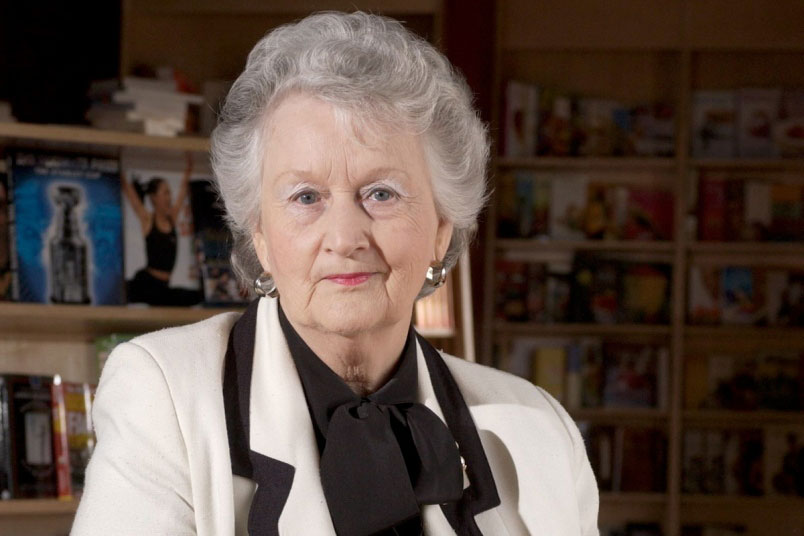 The year was 1944, and South African-born Marie Warder’s career was on fire. At 17, she was reportedly the youngest newsroom chief in the world, having written her first newspaper article at 11. But her trajectory was altered when she caught sight of a handsome, tanned man in an air force uniform named Tom Warder in South Africa. Marie was instantly enamored, and the two were married two years after that first meeting.

The union unfurled like a fairy tale, where the couple had a healthy boy and girl, played in a successful band together, and both worked hard–Tom at an airline, and Marie as a novelist and teacher–to support their family.

“I had a husband in a million and I knew it,” writes Marie in her book The Bronze Killer. “I was almost smug about the fact and I enjoyed being the envy of my friends.”

But then Tom got sick.

At first, Tom’s eyesight started to fail, and then he became moody and temperamental. Next, he became diabetic and lost his eyelashes, body hair and memory and lost 56 pounds in five months. Finally, after six years of consulting with medical professionals about Tom’s health, a doctor with an interest in skin coloration noted Tom’s tan and diagnosed him with hereditary hemochromatosis (HH).

HH is a genetic disorder that causes the body to absorb excessive amounts of iron. This build-up of the mineral can have dire consequences, and result in conditions/diseases including cirrhosis, cardiomyopathy, some cancers, infertility, diabetes, arthritis, chronic fatigue, depression, Parkinson’s and loss of libido. It can also turn the skin an orangey-bronze color. Yes, the tanned color that Marie had admired when she met Tom was not his natural complexion, but an indication of the disorder.

The couple also discovered that, if the disorder is detected early, complete treatment is available through regular phlebotomies (ie. being bled). For those left undiagnosed for too long like Tom, however, much of the damage was irreversible. Although the doctors bled a gallon of blood a month, Tom was still diabetic, and while some conditions improved, others lingered. Despite this mixed result, they were relieved to find out that Tom would have died in 12 weeks had the treatment not been started at that time.

Going On The Offensive

Marie was deeply saddened with the knowledge that an entirely treatable disorder was still killing people simply because they weren’t being diagnosed. Sometimes doctors thought HH was too rare (today, we know that roughly 1 million Americans share the condition), not serious enough to cause concern (2019 studies tell us the disorder causes much more serious disease and disability than was once thought), or were misdiagnosing patients. Marie became increasingly concerned when she found out the medical community was also unaware that women could be harmed by HH, when she had proof to the contrary: When genetic testing was performed, she found out it was her daughter, not her son, who had inherited HH.

Marie also witnessed this knowledge gap among physicians playing out in securing Tom’s treatment. According to Bob Rogers, former executive director and CEO of the Canadian Hemochromatosis Society (CHS), when the couple moved to Canada in 1977, they searched for weeks for a doctor in Vancouver, and finally found an internist familiar with HH at St. Paul’s Hospital in Vancouver. The internist’s waiting room was full of people who had been on the same search as Marie. She felt moved to help those who shared her struggle and asked them for their contact info, saying: “I’m putting something together. Will you join me?”

Within two years, she had officially established the CHS. Her office was in the couple’s trailer, which they were using as temporary housing, where she stored files under their bed. Eventually, she would write over 300 articles on the subject. With her family’s help, newsletters and pamphlets were also distributed to doctors and patients in over 16 countries.

According to Rogers and Elizabeth Minish, a former CHS president, writing was not the only tool Marie used in her fight for HH awareness: She was also extremely personable. Minish says Marie was always “attracting people to her orbit,” and Rogers recalls how Marie would affectionately call HH patients her ‘hemies.’

“When she met people with the disorder, they instantly became her extended family. [Marie] always made herself available night and day to them,” explains Rogers.

However, because she challenged the medical community, Marie was often thought of as ‘crazy’. To diffuse any flack she might get from this perception, Marie often exercised her wit. And, while she was always charismatic, you can sometimes see her mischievous nature come across in recordings.

For instance, in a 2013 YouTube video, Marie says: “I worked as a hospital chaplain. I saw doctors and heard doctors make wrong diagnoses and I dared not say a thing. But in the Victorian age, the ladies dropped their hankies to draw the attention of young men. I dropped pamphlets.”

“In the Victorian age, the ladies dropped their hankies to draw the attention of young men. I dropped pamphlets.”

Minish also found Marie’s intelligence remarkable, which was reflected in her strategy to raise awareness. Minish says Marie knew that, if she didn’t get doctors on her side, “the slog would just take too long.” So, even though Marie didn’t come from a medical background, she performed research. Then, she found a group of core physicians from across Canada to join the CHS.

Tom was by Marie’s side for much of her activism, but died in 1992, from liver failure caused by HH. This was a blow, but Marie remained devoted to the cause.

The Legacy Of A Hemochromatosis Warrior

[Marie Warder] never stopped helping her ‘hemies’, even when she had to start using voice recognition software to communicate.

She never stopped helping her ‘hemies’, even when she had to start using voice recognition software to communicate. Both the CHS and the world lost a lot when she passed, says Minish. “I find it discouraging that some of the battles Marie was fighting back in 1980 are still not won,” says Minish. “But [when I think of] the fact that a young woman like you (writer’s note: I was diagnosed as a teenager – a very rare, early diagnosis) was diagnosed quickly, I realize that that’s the legacy she was fighting for. [She fought] to stop the destruction from a known disorder that was easily treatable. That was the dragon she was slaying.”

Meghan Beaudry
Do you know someone else who would enjoy this story?
How Chronic Pain Made Me Stop Worrying And Love CBD

When Kids Help Kids
Don’t miss one more amazing story.
Every week, we’ll send a few of our favorite stories to inspire you.
Send this to a friend
Scroll to top