What Rap Taught Me About Diabetes

Living with Type 1 Diabetes isn't glamorous, but its made an indelible impression on my music.
best ofdiabetestype 1 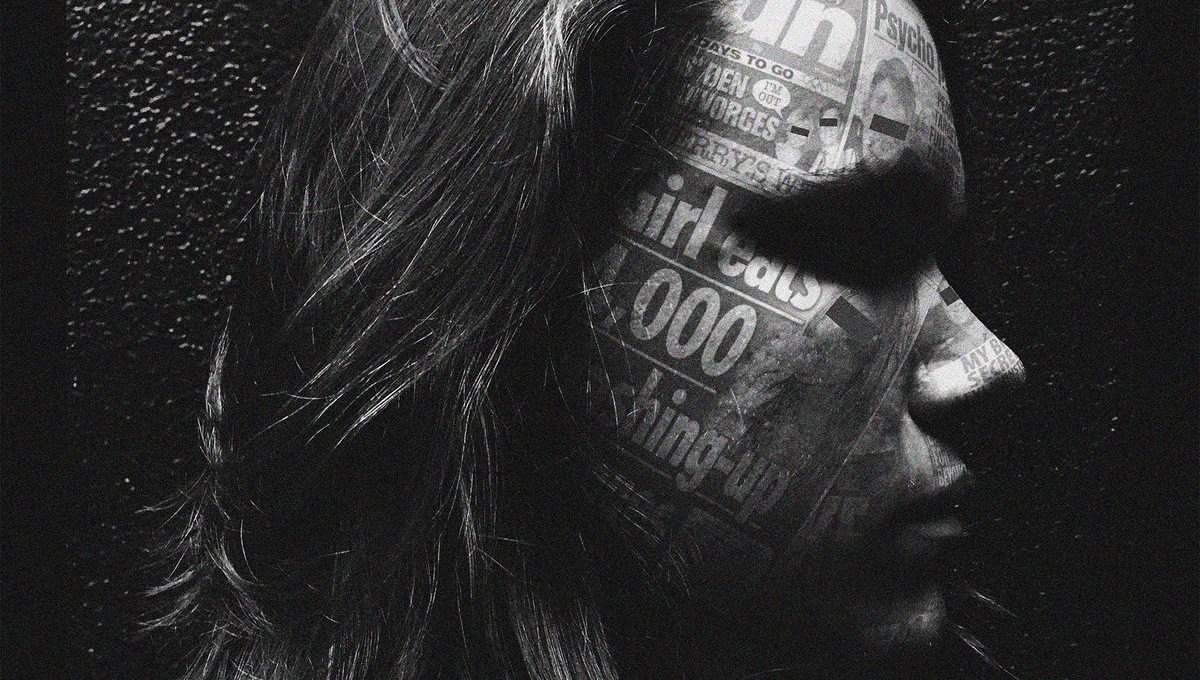 No seizures, No cottonmouth. When the beat begins and the stage feels unsteady beneath my feet, this is my mantra. Though it is not an inspiring mantra, it keeps me vigilant. I have Type 1 Diabetes, and I don’t need inspiration. What I need is focus.

Writing, recording, and performing songs under the moniker Q Curius (named after a very unpleasant Roman senator) with my friend and producer Joel Calvert, I have entered a new ecosystem of diabetic fear. Recently we had our first show. I learned that performing original material becomes much scarier than covering other people’s songs.

Singing or playing an instrument in front of other people cultivates a unique terror. That is true for almost everybody. This fear, however, is usually disproportionate to the actual danger involved. You could fall off the stage, I guess, or muck up your songs and become an object of pity or scorn for an evening, but generally speaking there isn’t very much to rationally fear when you perform music.

Type 1 Diabetes gives you real reasons to be afraid. When you perform, stress surges, and this surge can tamper with blood-glucose levels in dramatic ways. Depending on your personal physiology, adrenaline can cause your sugar levels to skyrocket (causing dehydration, cottonmouth, nausea, and general ickiness), or to plummet (causing, in extreme cases, hypoglycemic seizures).

These extreme results are unlikely, but they do add another layer of tension to my mind, which already has a lot to handle. The thought of unstable bloodsugars damages the performance more than the actual dangers threatening it. It’s a strange place to be, this ecosystem of fears, and a difficult place in which to find sense or meaning.

Diabetes is not a visible disability. Unless you tell the audience you’re performing with Type 1, nobody will know or care.

Diabetes is not a visible disability. Unless you tell the audience you’re performing with Type 1, nobody will know or care. Compare this to the artist Gaelynn Lea (whose song, “Someday We’ll Linger in the Sun,” is lovely), who suffers from brittle bone disease (Osteogenesis imperfecta) and must visibly grapple with her violin to play it. Her music is good enough to make this struggle an afterthought, but still, watching her prevail over her disability adds poignancy to each performance.

Compared to Gaelynn Lea, diabetic performers have little to complain about. Our disease will not prevent us from holding a guitar or dancing around a stage. The barriers that diabetes erects between the performer and the performance are subtle, psychological, nagging. There’s nothing poignant about that, nothing to inspire a viewer. So what does it mean to be a musician with Type 1 Diabetes, if anything? 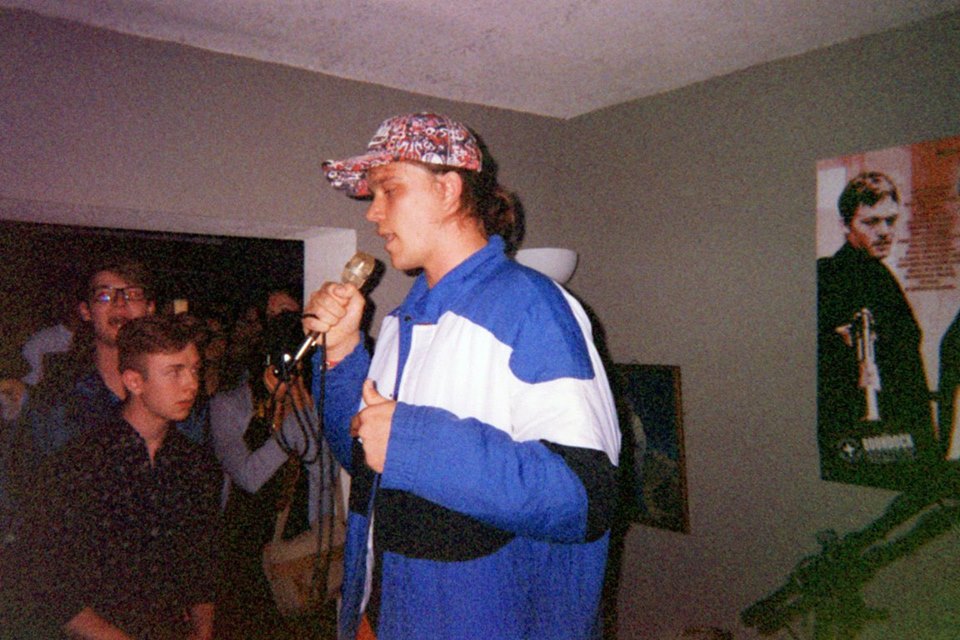 Q Curius, getting over his stage fright in front of some friends.

When setting out to write this essay, I wondered if other diabetic musicians could offer some insight. A handful of famous musicians are Type I Diabetics, but when their disease comes up in interviews, they fail to reach the surface of the issue, much less scratch it. Their speech is dominated by platitudes about “staying positive,” “not letting the disease control your life,” and “not letting diabetes get you down.” All of which is vaguely helpful, in the sense that tissue paper can be helpful when bandaging a wound.

In any event, my quest to garner insight from famous diabetics failed. I turned instead to my experience as a performer, limited as it is, in my search for meaning. It occurred to me that thinking about diabetes as a performance might become helpful.

It occurred to me that thinking about diabetes as a performance might become helpful.

I recalled that during performances, there sometimes comes a moment when the fear (of forgetting lyrics, stepping on the mic cord, and so on) recedes, and the performer can mentally step outside himself and begin to observe: Look over there; a guy is doing a dance move that I want to try later when nobody is watching. That girl seems to know the lyrics better than I do; why isn’t she performing? That child is very small. Who brought him? Should I avoid saying “Fuck” and all of its permutations? Too late.

These moments of detachment come and go very quickly, and I would not call them “a zone.” When you float into them, your consciousness splits between performing and being aware of performing, which can become distracting. Part of your brain performs, and the other part runs commentary on the performance.

In the mind of a diabetic, there is nothing but commentary. Doubt, counter-doubt, boredom, detachment, anxiety; all of these things get in the way of the “performance” of taking care of one’s disease.

Doubt, counter-doubt, boredom, detachment, anxiety… these things get in the way of the “performance” of taking care of one’s disease.

In both music and diabetes, part of me wishes for a Big Moment; a moment of reckoning that brings my life clarity, meaning, or some species of catharsis. In music, the Big Moment never comes because the constant practice and anxiety leading up to a performance makes the actual performance feel like a small moment. You practice, you feel afraid, and then, very soon, it’s over.

With diabetes, the Big Moment can only be dangerous (barring a cure), and there is nothing but practice. The rehearsals–pricking fingers, injecting insulin, fiddling with one’s insulin pump–never end because you’re practicing for your survival. Your cells become trillions of stages on which you perform. If you perform poorly, your biological audience will throw sugar molecules on stage in disgust.

In the case of music or basketball or writing, the unpleasantness of the work chisels something good out of the raw material of your experience. This external good–a song, a performance, a pretty jump shot, a poem, whatever–rewards work in proportion to the care and vigor of the worker. In the case of diabetes, all that chiseling serves only to keep something very bad at bay. That Very Bad Something is the threat of accelerated bodily rot, which never stops coming at you.

You enter this fight with the knowledge that you are going to eventually lose.

You enter this fight with the knowledge that you are going to eventually lose. You know you’re going to die. This foreknowledge of defeat can make the difference between vigorous and lazy self-care seem trivial. Why bother practicing well when the game has been rigged against you?

But health isn’t trivial. The famous musicians and their cliche army are right: you can’t let the disease rule you. You won’t win the war, but that doesn’t mean you shouldn’t fight. Fear and anxiety do not absolve you of the responsibility of taking good care of yourself, just as fear and anxiety do not necessarily prevent you from playing your songs with enthusiasm.

It may not be possible to “love” the performance of being diabetic, but it’s possible to stay motivated, pay attention, and convince yourself that health matters. With diabetes, your rehearsal is also your performance, and the quality of your performance depends on you caring about your health and continuing to care.

During a recent Q Curius show, a little kid kept darting through the thicket of knees at the front of the crowd to join me onstage. He wanted high-fives. I was afraid of forgetting the lyrics, botching the high-fives and throwing myself off rhythm, or worse, stepping on the kid. I got paranoid about everything, and began to think the words seizure and cottonmouth again.

The kid waved his hand around while I sang; I paced around and avoided him. He followed me. I finally relented and high-fived him. After that, I was having fun.

It may not be possible to “love” the performance of being diabetic, but it’s possible to stay motivated, pay attention, and convince yourself that health matters.

Type 1 Diabetes is a little kid who always wants a high five. I’m sure many chronic illnesses are similar. Such a kid can be annoying, distracting, or even fear-provoking, but no matter what you think of him, he will keep demanding a high five, and go on demanding it as long as you live.

You won’t shake him, but you can control the way you think about his presence.

I do not think of myself as a diabetic “patient,” or one who “suffers” from diabetes. The disease is a scientific label given to a fact about my body, a defect that will go on being defective whether or not I wrap around it the cloying language of suffering or the numbing language of empirical science.

In both cases, the description has very little to do with the experience of being diabetic. Neither self-pity nor scientific detachment will make the body get better. Still, one’s posture towards the disease matters, just as one’s posture onstage matters. The crowd–whether comprised of cells or human beings–will be able to tell if you give a shit about your performance.

Music has taught me to take health seriously, but also to relax instead of counting my fears. The kid shadows me with his hand out, and he isn’t going anywhere. I’ve learned to dap him up. 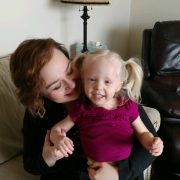 Mastering Mountains With MS
Don’t miss one more amazing story.
Every week, we’ll send a few of our favorite stories to inspire you.
Send this to a friend
Scroll to top