Wheelz in the Air 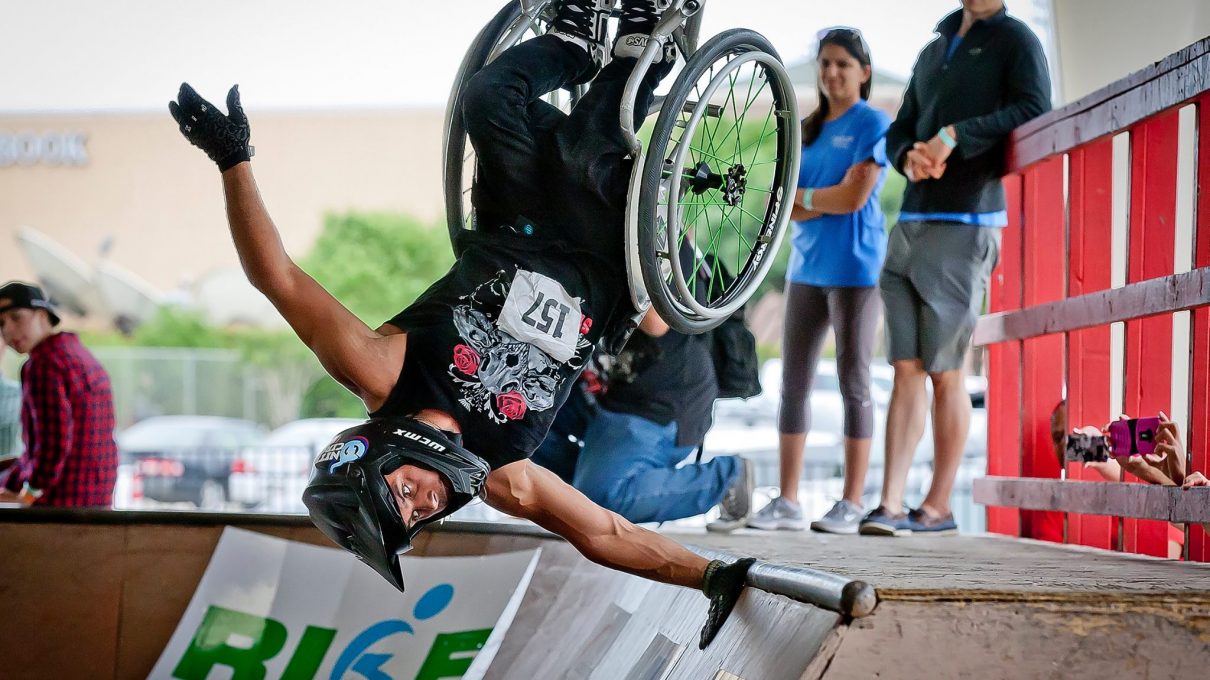 Aaron Fotheringham prefers to think of his wheelchair as something he rides on, not in.

At 26, the Las Vegas native is the world’s foremost athlete in the sport of WCMX, or wheelchair motocross. Like professional skateboarding or BMX, it involves using a wheelchair to do daredevil tricks and jumps, with points awarded for technique, difficulty, and flair. Fortheringham literally invented the sport; he initially called it “hardcore sitting.”

“I love being on the chair. I’m able to pretty much have a skateboard with me everywhere I go,” quips Fotheringham. Another personal preference: he goes by “Wheelz.”

To see Fotheringham, who was born with spina bifida, a defect of the spinal cord, launch himself airborne at high speeds is a true spectacle. More often than not, society couches the disabled as individuals in need of protection and supervision. In a ten second clip of Fotheringham soaring off a mega ramp, then landing, that stereotype is wholly ruined. It is powerful stuff.

It was exactly this sort of clip that kick-started Wheelz’s career.

On July 13th, 2006, at an extreme sports summer camp, a young Fotheringham was recorded landing his first backflip. A counselor there had the good sense to upload it onto YouTube (“Aaron Fotheringham: FIRST backflip in wheelchair!!”), where it quickly went viral. Within months, Fotheringham had his first sponsor, a German tires manufacturer called Schwalbe. Then came invites to show off his skills around the globe. More sponsors offered their services, like Box, a custom wheelchair maker in Texas.

All the while, Fotheringham was pushing the envelope, working on harder and harder feats. Following the backflip was a frontflip, then a double backflip, a 360, grinds and other bodily contortions. This August he completed for the first time something called a “flare”, a backflip 180, at a massive ramp in Woodward, California, where he had landed his first backflip twelve years earlier.

Pain is a constant. Fotheringham has broken his front teeth out several times; he gets them super-glued back in. Because he’s anchored to his chair, he receives more head injuries than your average skateboarder, who can land on their knees; when he falls, his head is pitched groundward to the side; he has suffered more concussions than he can count. Between thirty and thirty-five chairs have broken beneath him (his new custom chairs are made of aerospace-grade aluminium alloy).

Yet despite it all, each drop in remains as scary as the first. “Your heart starts going crazy and you’re telling yourself, ‘Just chill.’ But looking down, this thing makes you sick to your stomach. You need to shut the brain off and be completely present.”

Fotheringham was eight the first time he attended a skate park.

He remembers his first drop in. His older brother Brian helped him get to the top of a quarter-pipe. He leaned over, letting gravity set in. He ate it. But he kept returning, motivated by dreams of one day riding alongside all those guys he watched on TV during the X-Games: legends like Travis Pastrana, Bob Burnquist and Danny Way. A

fter he mastered the quarter-pipe Fotheringham moved onto the half-pipe, then the next biggest ramp, and the next.

“I was pumped,” he recalls of those early days. “I was terrified, too, though. I remember just being constantly so terrified.”

One nice aspect of growing up in Las Vegas was its high concentration of skate parks “within pushing distance” and after Fotheringham had exhausted all of the ramps at one park, he’d move to another. For the skate-obsessed adolescent, “each new park was like an episode in a video game.” 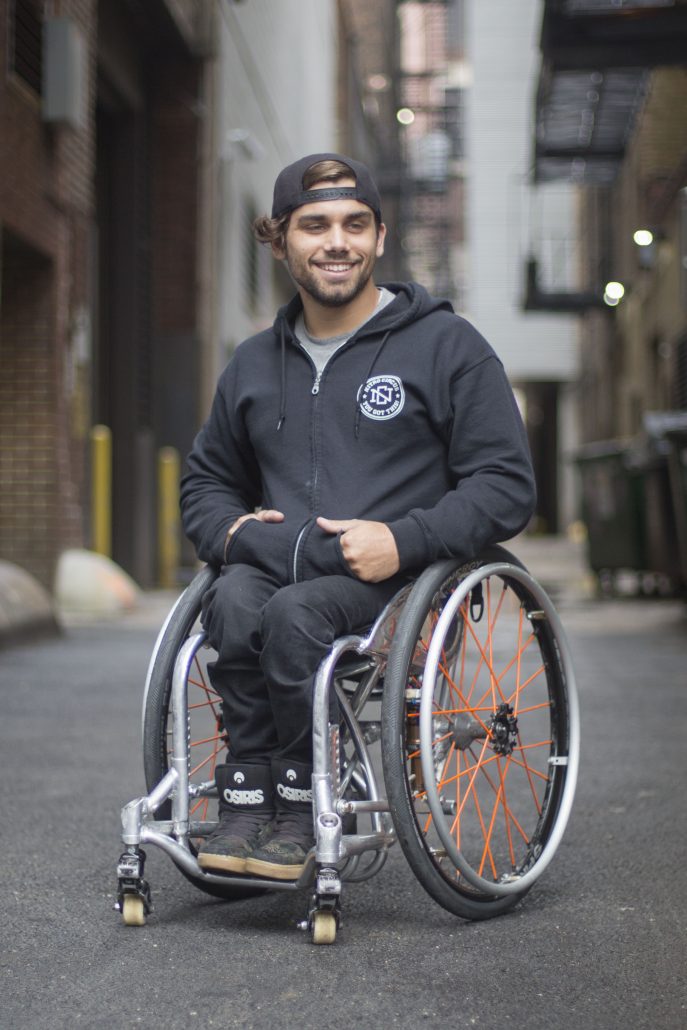 Aaron Fotheringham, in a rare shot obeying the laws of gravity.

In his homelife Fotheringham’s disability hardly registered. He grew up with five siblings; he was adopted. His parents treated all of them the same. “They wouldn’t give me any special treatment,” he remembers.

His school wanted to, though. They tried to put him in an adaptive PE class but the young Fotheringham rebelled. “I didn’t want to be treated specially. It just felt like, ‘Why can’t I just be with all the other kids?’” He stayed in the regular class.

Yet, despite doing just that, Fotheringham did not get into wheelchair motocross with the intent of challenging stereotypes. But he is happy to change minds, to convince people to “see the chair differently” (he once smilingly described spina bifida as “a great opportunity”).

“Being able to help that stigma get pushed to the side is huge,” he says. “That’s kind of become my goal, to push the message that a wheelchair is more of a tool, something to help you succeed, rather than a ball and chain.”

“A wheelchair is more of a tool, something to help you succeed, rather than a ball and chain.”

In his case, actions speak louder than words.

At the Nitro Circus, an influential extreme sports touring show put on by Travis Pastrana, tens of thousands of people see Fotheringham do his thing every year. He has toured with the show since 2010, from Auckland to Denver. “It’s such a rush to see the whole crowd there and have everyone just cheering. It’s a cool feeling,” he says.

It was through the Circus that Fotheringham befriended Pastrana, his childhood idol. The skateboarder once said of him, “Aaron ‘Wheelz’ Fotheringham is really cool. He’s got the most dry sense of humor you could ever imagine. First time I saw him, he hit the ground. He’s laying there, [yelling], ‘I’ll never walk again!’” 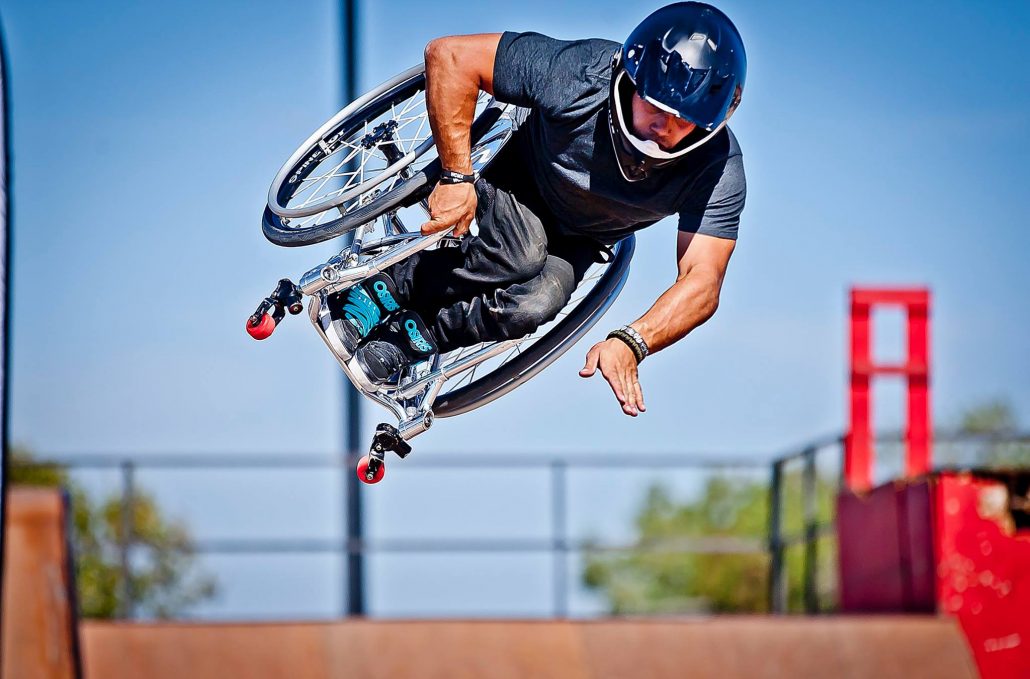 The First Try Is Always The Hardest

Fotheringham’s success, though a dizzying whirlwind, has been the unlikely realization of a childhood dream. In creating his own sport out of  (and through) thin air, in shattering all preconceptions of what a kid in a wheelchair could accomplish, Fotheringham has lived out his fantasy.

He’s still living it. He continues to tour with the Nitro Circus. He and others are trying to get WCMX into the Paralympics.

Alongside nurturing a successful speaking career, Fotheringham was recently married. He is also, of course, always among ramps working on new tricks.

“The first try is always the hardest,” he says. “After the first try you can figure out what you need to do. But it’s about building up that courage to actually go for it. The first time is the hard part.” 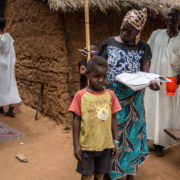 In Africa, COVID Is Killing Public Health
Stacey Knott
Bruce Willis, A Brain Hemorrhage, and Me

How My Chronic Illness Taught My Four-Year-Old Son Empathy
Don’t miss one more amazing story.
Every week, we’ll send a few of our favorite stories to inspire you.
Send this to a friend
Scroll to top