When A Parent’s Medical Intuition Is Right

Doctors can be quick to dismiss the gut instincts of a caregiver, but there's a lot more to parent's intuition than meets the eye, as these stories show.
pyloric stenosiswolff-parkinson-white syndrome 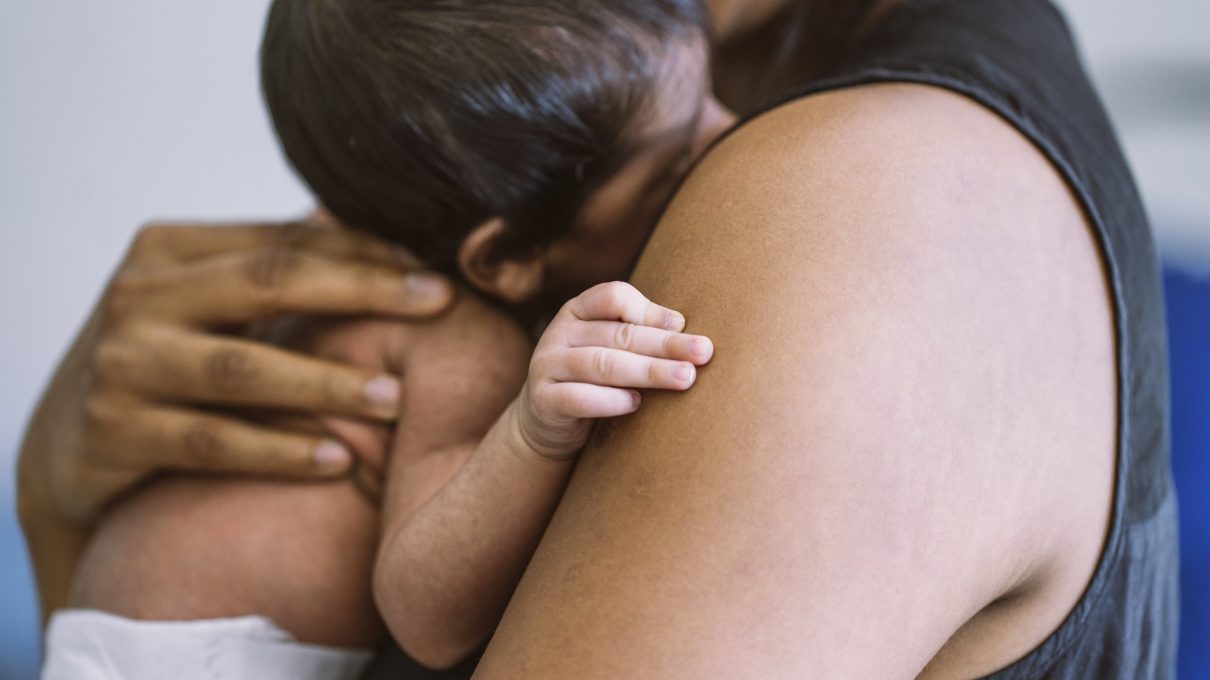 “In nursing school, they literally tell you never to question a doctor,” says Becky McKeown, a nurse.

But after her eight-year-old son, Isiaah, spent two months having his persistent cough misdiagnosed as everything from strep to tonsillitis, Becky listened to her intuition. She pushed for a chest X-Ray against her doctors wishes, revealing a dark shadow on his lung resembling a penny.

“They came in and said we have good news and bad,” remembers Becky. “The good news is, it’s a peanut. The bad news is, we need to put him on life support now.”

A bronchoscopy was scheduled to clear the peanut out, which had been there for at least a couple of months. Even so, Isiaah ended up with recurrent lung infections for the next year, and could possibly have died if the peanut had not been discovered when it was. 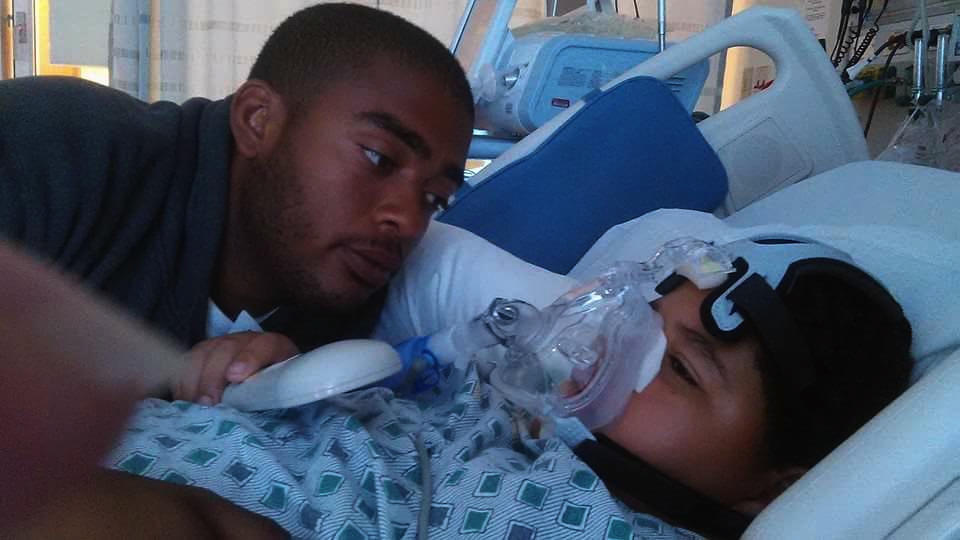 Isiiah and his older brother, post-procedure.

“When the mommy alarm goes off, you have to listen,” says Pediatrician Natalie Lambajian-Drummond, MD, of Whole Child Pediatrics in Yorkville, Illinois. And that goes for Daddy Alarms too.

In medical school, Dr. Lambajian-Drummond says, her mentor told pediatric residents the two most important things they needed to know were how to pick the sick child out of a crowd and to always be humble and listen to parents.

“When the mommy alarm goes off, you have to listen.”

That nagging voice, whether it’s shouting or even whispering, is usually important. And while doctors and other medical professionals might not want to listen, countless parents have discovered that their intuition is something to pay attention to in a medical crisis. 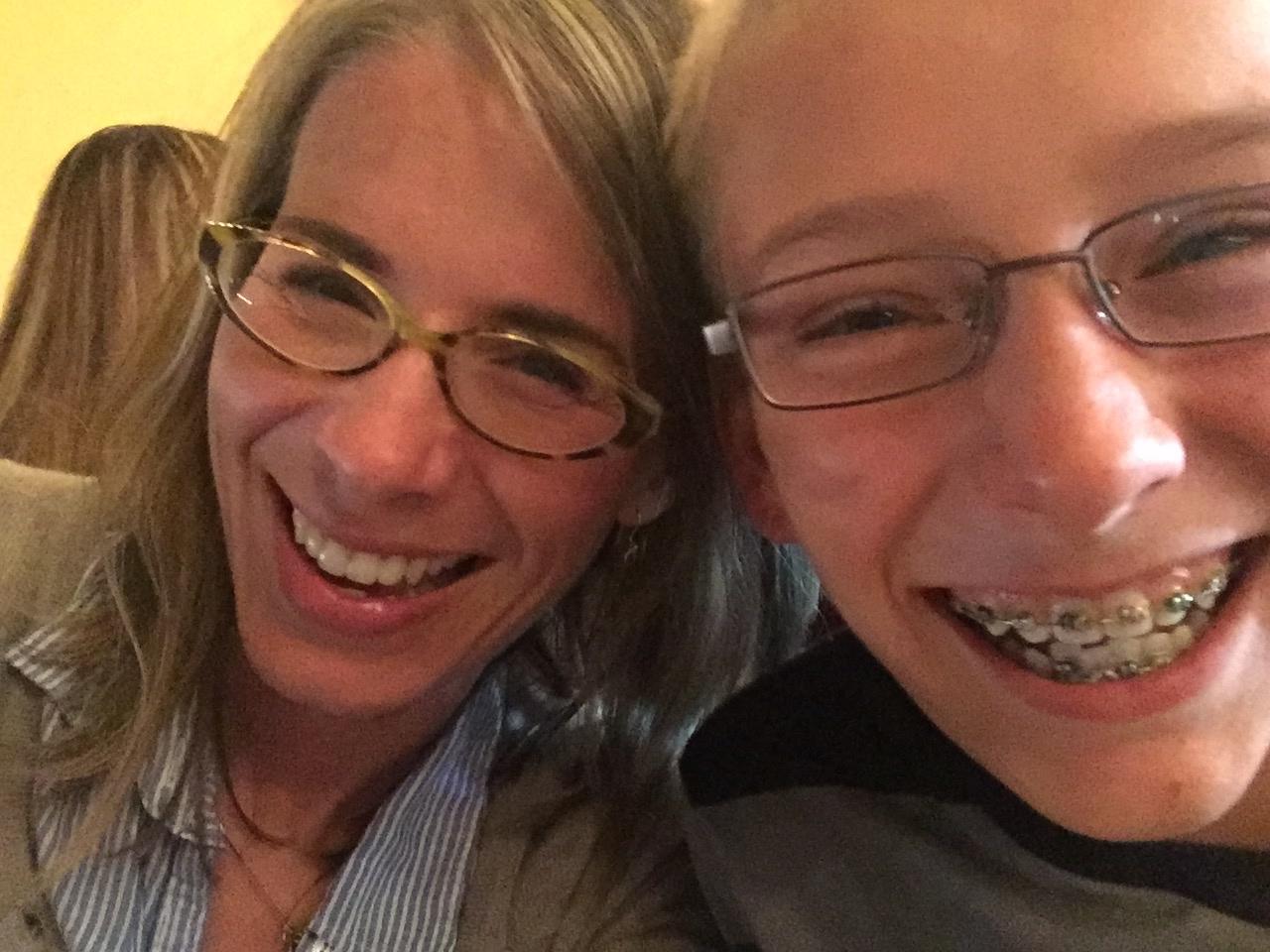 Molly Spencer and her son Andy.

Know When To Insist

Take Molly Spencer of Detroit, MI. For several weeks, Molly’s nine-year-old son, Andy, was spiking high fevers and complaining of back pain. His pediatrician ordered several ultrasounds of his back and abdomen, all of which were normal. The day after the latest normal ultrasound, he spiked another high fever and Molly took him to the ER at a nearby university hospital. After taking his history, they said they weren’t going to order another ultrasound.

“I feel like listening to my gut and insisting may have saved my son’s life.”

The doctors relented. This ultrasound was not normal. It showed a large abscess in Andy’s kidney that had grown into his psoas muscle. After being  admitted into the hospital for a few months, and then having surgery to correct the abnormality that caused the abscess, Andy is now in good health, although will require close supervision from a urologist through the rest of his life.

“I feel like listening to my gut and insisting may have saved my son’s life,” she says. “He could have died if the abscess had burst.”

“It’s a rapid pulling together of what we know into a ‘gut feeling’ about what’s going on or what we should do,” says Psychologist Eileen Kennedy-Moore, author of Kid Confidence: Help Your Child Make Friends, Build Resilience and Develop Real Self Esteem.

According to Dr. Kennedy-Moore, a parent’s intuition is more than just guess-work. It grows from all the experiences a parent has caring for a child, coming together into a subliminal understanding of their wants and needs that allows a parent to quickly assess a situation and know how to respond.

Research would seem to agree.

According to a study at American Friends of Tel Aviv University’s School of Psychological Sciences, researchers found when participants were forced to choose between two options based on instinct alone, the participants made the right call up to 90 percent of the time. And in a study at the Boston College Carroll School of Management, researchers found that intuition was a more reliable tool than analysis when a participant already had in-depth knowledge of a given subject.

When To Know You’re Right

Eight-year-old Payton Micther wouldn’t be here today if not for her mother Miranda’s intuition. 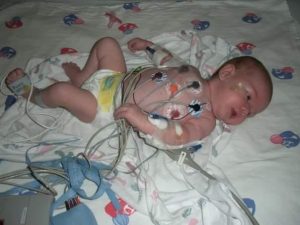 Payton Wachter as a newborn, before her Wolff-Parkinson-White Syndrome diagnosis.

Born healthy, Payton was barely a month old when Miranda noticed a change. She was sleepier than normal and barely wanted to nurse. Miranda felt a growing sensation of dread, but her friends and family chalked it up to the anxieties of a first-time mom.

Then Miranda had a vision, of her dead mother telling her: “Don’t listen to them. You’re right.”

Miranda woke up with new resolve. Against the advice of her (now ex) husband, Miranda called the pediatrician. As soon as she said ‘lethargic’, Payton and her mother stepped into a whirlwind, from the pediatrician’s office to an ambulance to the ER. 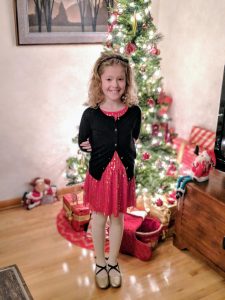 It turned out that Payton’s heart was enlarged, and she was in heart failure. Doctors told Miranda that if she’d waited even another couple hours, Payton might have died in her sleep. She had Wolff-Parkinson-White Syndrome, a disorder that causes problems in the electrical signaling used to keep the heart pumping.

Miranda was right not to listen. She was right all along.

The Touch of an Angel

Sophy Burnham,  best-selling author of The Art of Intuition, calls intuition an instantaneous, unreflective apprehension: a sudden knowing that falls with conviction based on no logic or analysis.

“[Intuition] is what I call the tap of an angel’s wing.”

“It is what I call the tap of an angel’s wing,” she says. And it’s important for any parent to listen to its signs: he subtle hunch, the twist of the gut, or any other inexplicable sense of disturbance is probably your intuition trying to tell you something.

It’s always better, she says, to listen to your gut. What’s worse: the embarrassment about being wrong, or a lifetime of regret when your intuition told you something about the health of your child… and you didn’t listen?

When her first son, Gavin, began projectile vomiting after every feeding, Shannon Smyth called her pediatrician, but he assured her everything was fine. “At first it made me question myself,” she says. “Did I just see milk fly across the room? I just knew this wasn’t right.” 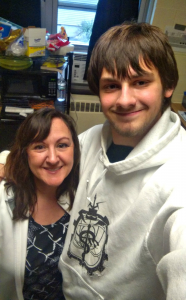 But Gavin’s spit-up problem only got worse. At an appointment with her pediatrician, Shannon brought up Pyloric Stenosis, a stomach abnormality that ran in her family. Her pediatrician assured her the condition was not hereditary, and suggested the problem might be overfeeding.

By four weeks old Gavin was projectile vomiting consistently. He also seemed to be hungry and miserable. Eventually, she brought Gavin to the ER for an ultrasound. Sure enough, he had Pyloric Stenosis.

“I didn’t give up. I just knew it was happening again,” Shannon says. “I wasn’t going to let Duncan go as long as Gavin did being in pain.”

“‘Just listen when a mom tells you she knows in her gut that something is wrong with her child..”

Frustrated, her pediatrician finally relented, sending Duncan to a specialist. Duncan’s upper GI test was barely over before the tech handed Shannon a call. It was her pediatrician, apologizing. Duncan too had Pyloric Stenosis.

Unlike the first pediatrician who doubted her, Shannon decided to accept her doctor’s apology, and stick with his practice.

“He now refers to me as a seasoned mother,” she laughs. “But I always tell him, ‘Just listen when a mom tells you she knows in her gut that something is wrong with her child.’” 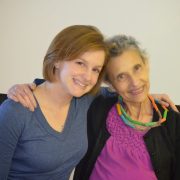 Bird Box When You’re Blind
Don’t miss one more amazing story.
Every week, we’ll send a few of our favorite stories to inspire you.
Send this to a friend
Scroll to top