When A Stroke Robbed Me Of What I Loved Most

After a stroke, I discovered I couldn't write anymore. Here's how I got my writer's voice back.
stroketbi 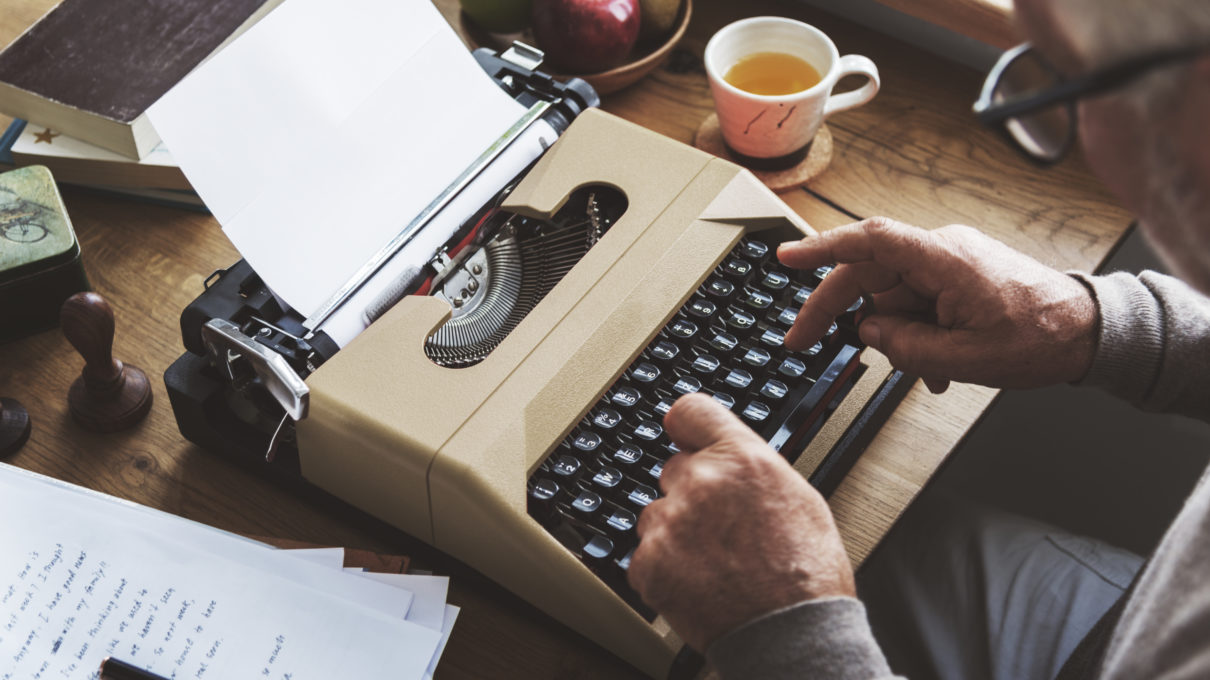 Then, in April of 2012, I suffered a massive stroke. I was paralyzed on my right side, but.I could talk and think. Everything mentally seemed to be working fine, but toward the end of my physical recovery, I finally sat down to write about my recovery experience, and I couldn’t. I’d forgotten how.

My writing style had always been to go inside my head and let the creative voices talk to me. Often, articles would be completely written in my head over a period of days or even weeks, without even being conscious I was working on them. The article would just grow until eventually it outgrew my head and needed to be put down on paper.

But this time, when I tried to write, I went inside my head—and there was nothing. Hello is anyone there. No answer.

After thinking I had largely escaped my stroke without lasting damage, it had taken away one of the most important parts of me.

This went on for a few weeks. Then months. I could not remember how to write. My writing process had disappeared. No matter how long I stared at the screen nothing would happen. My muse, my creative spark, my go-to voice was out to lunch—or out somewhere. It was definitely not in my head.

Devastated would be one way to describe my feelings at the time. After thinking I had largely escaped my stroke without lasting damage, it had taken away one of the most important parts of me. I was being denied something I loved to do.  I felt I could no longer put words on paper.

I realized that mentally, I was not as fine as I thought I was. The stroke had left me with a brain injury. There was a dead spot in my brain on the left side the size of a walnut or golf ball. And this dead spot had not only taken away my ability to write, it left me with mental health issues.

I started experiencing depression, anxiety and other problems. Being able to sit and express my thoughts and feeling would have helped with my mental health problems and been a significant boost to my failing ego, but I couldn’t do it. I needed to learn how to write again. I needed rehab for my creativity.

I needed to learn how to write again. I needed rehab for my creativity.

In my sessions, my right hand was strapped to a pully and I would pull the dead arm up and down using my good side. The same with my leg. With the help of the therapist, we forced my limbs to move, even though the stroke left them paralyzed on one side. We forced my muscles to exercise. Eventually they remembered how to work.

Thinking it over, I realized my physical therapy was based on muscle memory. I started doing the same thing with the creative part of my brain. I began to talk to myself. There were long periods where I held conversations with myself— filling in both sides of the conversation.

Eventually a voice began to take shape in my head. It was not the same as it had previously been. It was new and different, but it worked; I was now able to ask my inner voice to help me write. I was again able to write my stories and essays in my head. When I felt they were ready, my voice would dictate the article and I would simply type.

Eventually a voice began to take shape in my head. It was not the same as it had previously been. It was new and different, but it worked.

Those days of forgetting how to write are still vivid in my mind. I adapted and moved forward but it still haunts me, to have lost–even temporarily–such a big part of myself.

A few days before I agreed to write about this experience for Folks, I suffered a second stroke. This one damaged an area of the right occipital lobe of my brain. As a result, I lost 60-70 % of the vision in my left eye. But because of my previous experience of recovering from a stroke, I am optimistic that I will recover some or all of my vision.

Because the brain is an amazing organ, and if I can lose (and then recover) such an essential part of myself once, I have to believe I can do it again.

Ask Ada
Do you know someone else who would enjoy this story?
You might also like...
From AIDS to Zika, New Books Teach Kids About Conditions
Susan Johnston Taylor
Great Balls Of Fire

The Disabled People Turning to Witchcraft and Magick
Don’t miss one more amazing story.
Every week, we’ll send a few of our favorite stories to inspire you.
Send this to a friend
Scroll to top