When Diagnosis Leads To Entrepreneurship 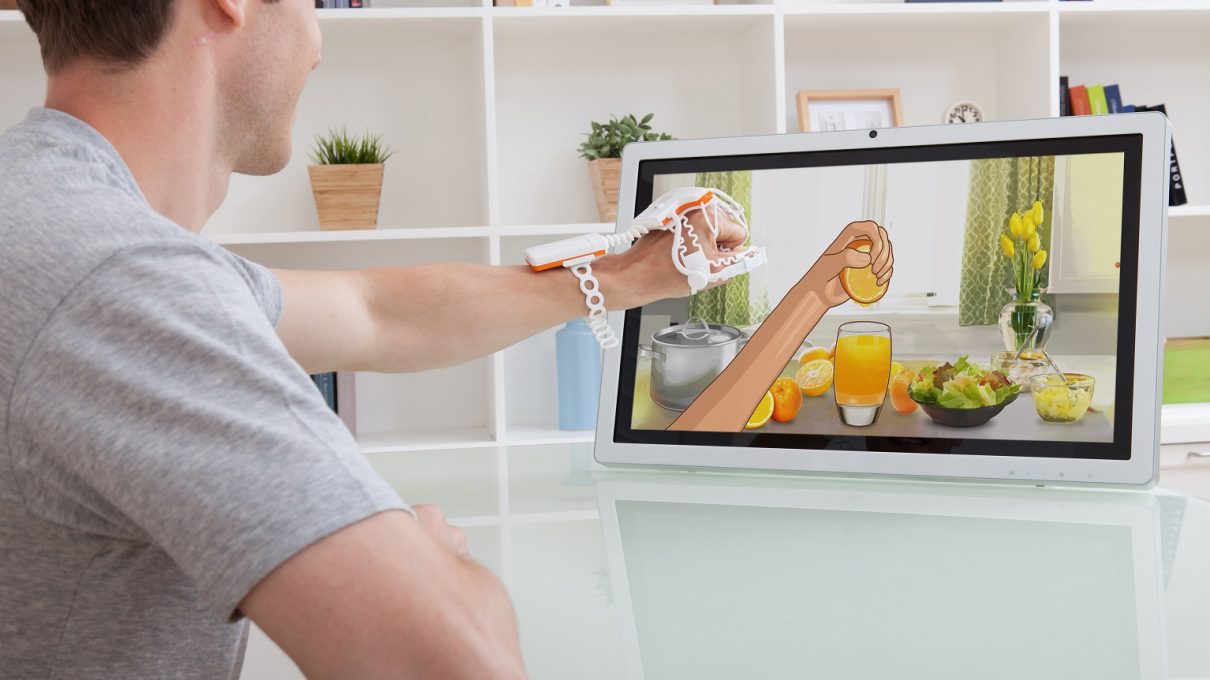 Some give into fear and uncertainty after a medical diagnosis. Others treat it as a call to action, reveling in the resilience, empathy, and creative problem-solving skills they’ll need to develop as they navigate life with a chronic medical condition.

It’s not too different, when you think about it, from the traits entrepreneurs need to develop to survive.

The CEO Who Wanted To Gamify Rehab

Just ask Scott Kim, who’s now CEO and cofounder of NEOFECT USA, a company that creates smart rehab products. Unlike most kids growing up in South Korea, Kim wasn’t allowed to learn Taekwondo. Kim was born with spina bifida, a condition where the spinal cord does not develop or close while in the womb. While other kids took Taekwondo, he spent countless hours in rehab from about the age of six to ten. “The biggest problem to me, besides the outdated facilities and tools [available to kids with spina bifida in South Korea], was I found it very boring and I wasn’t sure if I was progressing or not,” he says.

Fortunately, Kim did progress to the point where he was able to start playing sports with his friends at around 12 and 13. He even eventually started playing soccer competitively. But he never forgot the experience of having to sit on the sidelines, and when he went to the University of Virginia, where he earned an MBA, he focused on ways to improve the rehab experience for sports-loving kids like him.

What if they could gamify rehab to quantify progress and actually make it fun? He visited rehab clinics to hone his idea. “To my surprise, the rehab facilities that I saw in the United States in 2010 was not too different from the clinics I used in the early ’80s in South Korea,” Kim says. “A lot of things still look very analog. It doesn’t look very exciting. Doesn’t look like it measures the progress.”

To my surprise, the rehab facilities that I saw in the United States in 2010 was not too different from the clinics I used in the early ’80s in South Korea.

That’s why, in 2015, Kim’s company launched the RAPAEL Smart Glove for hand rehab. “Once you put it on your hand, it becomes a controller, so you can play games with the glove on at the same time you’re going through the rehab process,” Kim explains. Games include tasks like squeezing an orange, catching a baseball, throwing darts, or pouring wine.

Eighty percent of NEOFECT USA’s customers are stroke victims, according to Kim. “Others are traumatic brain injury or spinal cord injury patients,” he adds. NEOFECT sells its products to clinics including Stanford Healthcare and the Department of Veteran Affairs, as well as direct to consumer. “Our hope is that we can help people get access to the rehab tools at home so that they can get better,” Kim says.

The Woman Who Wanted To Make Type 1 More Fashionable Carolyn Jager, founder of Sugar Medical, a line of fashionable and functional bags for diabetes supplies, also drew business inspiration from her youth. As a style-conscious teen who was diagnosed with type-1 diabetes at age 13, Jager didn’t like carrying around the ugly black medical bags that came with her glucose meter, so she’d make her own bags or have her mom make some for her.

Flash forward a few decades. After leaving a job as a buyer for Macy’s, Jager was looking for a new project. A family friend needed a pancreas transplant due to complications related to diabetes, an incident that served as a wake-up call for Jager. “It scared me quite a bit,” she says.

Jager launched her business in 2009. “I’m not a scientist or anybody who can cure diabetes,” Jager says. “But I could make improvements in how [people with diabetes] carry their glucose supplies and avoid complications that arise from poor glucose control.”

We’re offering the public a better way to carry supplies without people asking ‘what is that?’ This is a line of bags that no one would think are a medical bag.

Sugar Medical bags aren’t just pretty; they’re also practical. Jager points out that a bag with a bright teal stripe or a big purple butterfly is easier to spot in the bottom of your gym bag or across the room.

Plus, the bags include a built-in receptacle for glucose test strips that otherwise wind up everywhere. “There’s a vinyl-lined compartment which you can wipe out and clean,” Jager says. “It can hold up to 200 test strips. It’s not necessarily the diabetic who finds in the best feature; it’s the family members who don’t have to pick up strips all over the house.” A look at Sugar Medical’s line of fashionable diabetes kits.

In addition to selling to consumers online, the 5-person company now has a licensing agreement with an insulin pump manufacturer, and the bags are included in a care kit provided to people who are recently diagnosed with type-1 diabetes. “We’re offering the public a better way to carry supplies without people asking ‘what is that?’” Jager says. “In the Type 1 and Type 2 diabetes community, there are a lot of individuals who are sensitive to being labeled as “diabetic” and are embarrassed to carry their supplies. This is a line of bags that no one would think are a medical bag.”

Meanwhile, Tonya Walker received her diagnosis in adulthood, but like Jager and Kim, she used the experience as an impetus to make an impact on other patients and their families.

Starting around 2006, Tonya Walker noticed that her left arm didn’t swing when she walked, and had also lost dexterity. Two years later, the Florida mother, then 34, was diagnosed with Parkinson’s disease. “My husband and I went to the doctor together, and we didn’t talk about it the whole way home,” she recalls. “Really, we didn’t talk about it for five years. We basically chose to ignore it. I think I was living in denial. I didn’t tell anybody except for my immediate family.”

Walker loved high heels but Parkinson’s messed up her balance, so she could no longer wear them. Then in August 2013, Walker had her first brain surgery and her balance improved to the point that she could dust off her high heels. “We decided to start a fashion and shoe blog and use it as a platform to raise Parkinson’s awareness,” Walker says. “When society thinks of a person living with Parkinson’s, they don’t envision someone in their thirties.” Tonya Walker, who has Parkinson’s, started the Show Maven to prove that fashion transcends illness.

The Shoe Maven launched in 2014, and has two main audiences, according to Walker. For people who don’t have first-hand experience with Parkinson’s, she says “they see fashion and may not even realize I have Parkinson’s.” Then as they read her bio or dig deeper in the archives, they might learn about her diagnosis and about the disease.

The other audience is people with Parkinson’s, especially with young onset Parkinson’s like Walker. “They can go to my blog see that I’m living a joyful, happy life with the disease,” Walker says.

The blog is mostly a passion project, but it has helped Walker raise money and open doors to other opportunities. For instance, she sold T-shirts called TSM Originals and donated $5 from the sale of each shirt to the Michael J. Fox Foundation for Parkinson’s Research. She also organizes an annual fundraising event called Art of Fashion in collaboration with local fashion boutiques, museums and galleries.

Walker’s online presence as a blogger has led to speaking engagements with pharmaceutical companies and community organizations. She also shared her story during the World Parkinson Congress in 2016 in Portland, Oregon. As Walker works towards higher-profile gigs as a motivational speaker, she says, “I don’t want other people to feel like they have to live in denial or secrecy.”

Allison Salerno
Useful Resources
Do you know someone else who would enjoy this story?
You might also like...

The Angel With Broken Wings
Don’t miss one more amazing story.
Every week, we’ll send a few of our favorite stories to inspire you.
Send this to a friend
Scroll to top