When Disability Turns Into Creativity

A disability doesn't have to limit your options. Sometimes, it can propel you into the career you always wanted to have.
amputeecerebral palsymacular degeneration 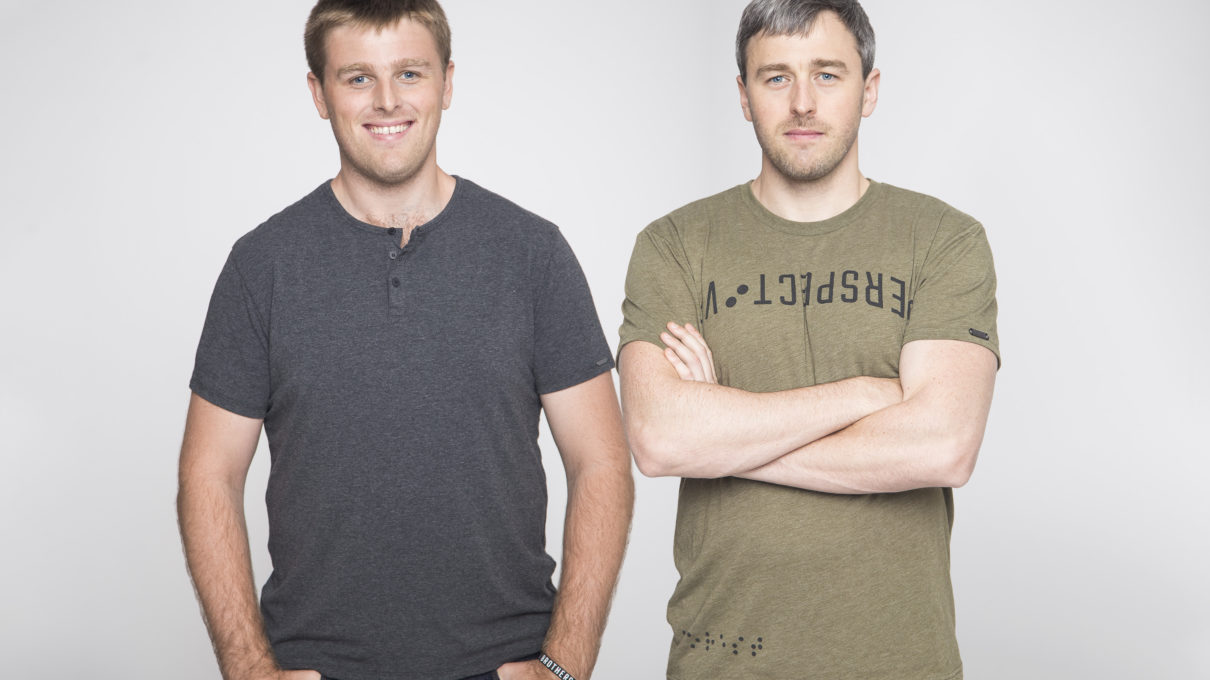 Finding work when you’re disabled is hard. According to a 2017 study, disabled people have to apply for 60% more job openings before they are hired than non-disabled jobseekers. But sometimes, a diagnosis pushes a person to pursue dreams they once thought impractical or impossible: larger-than-life pursuits in the creative arts.

Folks spoke to three creatives who found new ways forward for their working lives, inspired by and pushing past society’s expectations of their conditions.

Bradford Manning, co-founder of the charitable apparel company Two Blind Brothers, expected to follow a more traditional career path than the one he ended up in. But that all changed when, at age seven, Bradford and his twin brother Bryan were diagnosed with Stargardt’s disease, a form of macular degeneration.

“We were told to basically go home and go blind,” Bradford says. The diagnosis changed the entire course of the lives the Manning brothers expected to live.”We expected to graduate from school, get professional careers, and save our creative energy and charitable aspirations for our personal hobbies and extracurricular commitments.”

But that wasn’t good enough for Bradford and Bryan. Instead, as they aged, they opted to channel their aspirations into creating fashionable solutions for disabled people. And as their brand has taken off, it’s become clear that the Two Blind Brothers approach to clothing and design appeals to a wide audience. The fashion brand, which sells everything from shades to shirts, has already donated over $500,000 so far to drive life-changing research for a cure for blindness.

There’s a narrative that disabled people can’t start their own companies, but according to Bradford, he and his brother actually found it easier to do than working in a traditional professional environment.

“My brother and I actually faced less challenges from an accessibility standpoint once we were in control of our own project,” he explains. “We had the freedom to construct a team, an environment, and work processes that used the simple tools that we’ve always used in our personal lives.” Accessibility was no longer an afterthought, but a key attribute to running the business.

For anyone faced with a potentially nerve-wracking career change in the wake of a diagnosis or disability, Bradford says: “Never lose the willingness to face an uncomfortable situation. It is exactly that thing that you don’t want to do that will reveal your greatest strengths.”

Daniel Sluman, a 32-year-old poet and disability rights activist, recently co-edited Stairs and Whispers: D/deaf and Disabled Poets Write Back, is currently working on his third collection of poetry. But if he’d never become disabled, he might never have become a creative.

I was able-bodied until my amputation at 11-years-old,” Sluman says. “I feel like becoming disabled changed my career trajectory for the better. When I realized that 95% of advertising and cultural norms weren’t talking to me as a disabled person, it made me turn my focus from the outer world to the inner one. I developed a rich imagination and a desire for problem solving.”

Confronting his inner life, Sluman discovered a talent that may otherwise have lain dormant. In 2015, he found himself included in Huffington Post’s Top 5 British Poets to Watch, alongside Warsan Shire, who has since collaborated with Beyoncé.

But that’s not to say any of his rise to prominence has been easy. For instance, having been awarded funding to study for a PhD, Sluman found himself forced to quit after a failed spinal fusion, noting that “the cognitive effects of pain, and opiate-related analgesia” made study impossible. But when your health is at stake, changing course should never be viewed as a failure, says Sluman.

“There is a certain point in life where you realize exactly what your mind and body can and can’t do,” he says. “I’ve realized I am more than the limits of what I can do today or tomorrow, and trauma and depression have value in and of themselves.”

A Web Star With Cerebral Palsy

Communications director and disability advocate Imani Barbarin—who runs Crutches and Spice and lives with cerebral palsy—agrees that getting hired in a traditional work setting can be challenging when you have a health condition.

“I am a black disabled woman so interviews felt like waiting for someone to come up with the most creative way to reject me despite my skills and accomplishments,” she says. “I had hiring managers call me inspiring and never hire me, and others obsess over how I had gotten into the building.”

That kind of adversity requires creativity to overcome… and creativity is luckily something Barbarin has in spades. She has already had to pivot her career path several times in her life, and she anticipates swiveling again in the future.

“My idea of who I would grow up to be changed along an axis of “unrealistic” and “realistic” based on whether or not I could picture a disabled person doing the job,” she says. “It went from dancer to actress to lawyer. Lawyer is what I thought I would be until I went to college and realized it wasn’t for me.”

Her next career move? Acting in a “web series to reflect the disability community” about “dating as a disabled black woman“, which Barbarin will write, direct, and star in. It’s a project particularly close to her heart.

“Sharing narratives about disabled lives as extremely important to humanize the disabled experience,” she says. “It feels like what I was meant to do. I cannot see a future in which I do not try to boost the stories of disabled people.”

Ask Ada: Newlywed and Hearing Impaired
Don’t miss one more amazing story.
Every week, we’ll send a few of our favorite stories to inspire you.
Send this to a friend
Scroll to top