Inspired by their own hospital experiences, these kids launched projects to help other young patients.
desmoplastic small round cell tumorIdiopathic Thrombocytopenia Purpuraitp 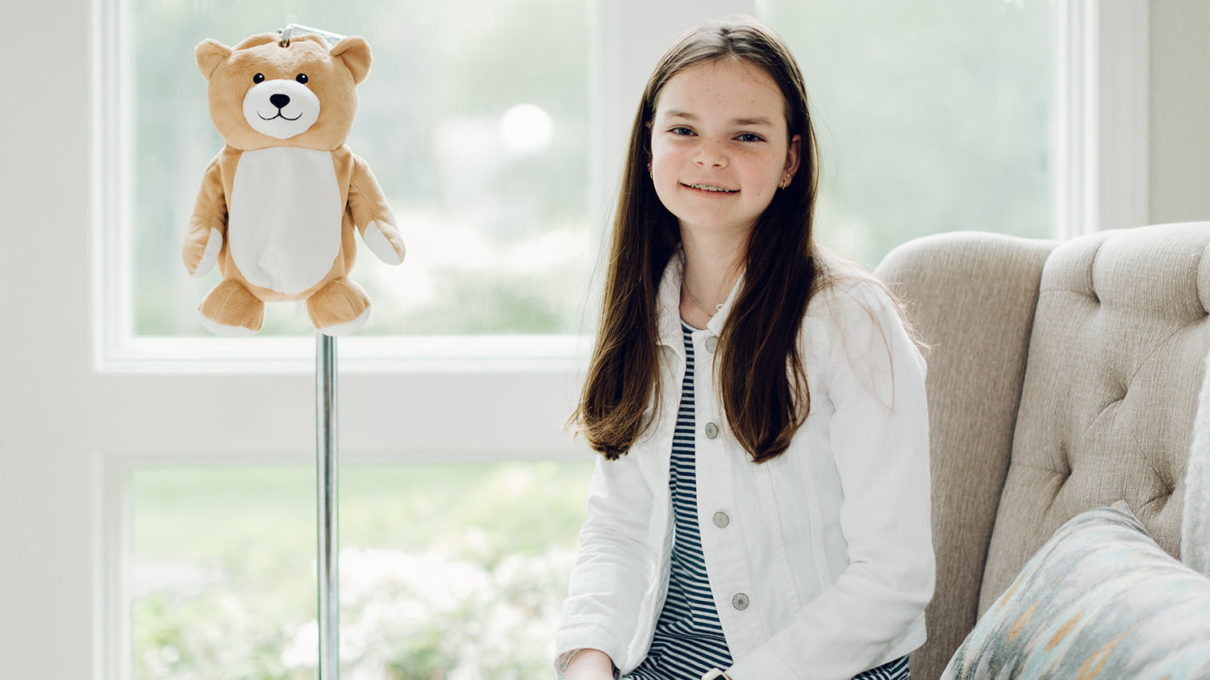 Learning that your child has a potentially life-threatening illness is every parent’s nightmare, but it can be even tougher on the kid. Spending night after night in the hospital or sitting through chemotherapy instead of going to sleepovers or learning to ride bike isn’t anyone’s idea of a good time.

But a lot of times, kids are more inspiring than adults think. Folks found three kids who took their experiences battling childhood illness and used them as an engine for innovation, inspiring projects that helped other kids cope with diagnosis themselves.

In 2017, Jenesis “Jenny” Shaw was an active, opinionated seven-year-old with no other signs of illness when her mom found two small masses on her rib cage. She was diagnosed with Wilms Tumor, a childhood kidney cancer, so she started chemotherapy.

Following tumor resection surgery, Shaw sat in the hospital playing video games and feeling bored. However, she also felt fortunate that her family lived close enough to visit often, while other patients’ families lived further away. Shaw and her family held a Friday Celebration every week after chemo to celebrate her big and small victories on the road to recovery.

Shaw decided to create care kits for other pediatric cancer patients with items like stress balls, coloring books, and warm socks and beanies in the winter. “The idea was because I was stuck in the hospital, I wanted to give back to other kid who didn’t have what I had,” she says. They crowdfunded over $70,000 through a GoFundMe campaign.

“I was glad about it, because I saw the other kids’ faces and I thought, ‘wow, I did that!’”

“When we take [the care kits] to the hospital, it’s a pallet of about 50-100,” says her dad Mike Shaw. “We take them up to the floor but we can only go to the nurses station because of privacy and HIPAA laws. The most recent delivery, The Today Show came and filmed our delivery. For the first time, we were able to meet about 12-15 families face-to-face.”

Shaw says, “I was glad about it, because I saw the other kids’ faces and I thought, ‘wow, I did that!’”

Shaw’s nickname is Jenny Bean, so the family set up a website called Team Jenny Bean where people can nominate kids to get a Jenny Bean care kit sent to their home. “We’re focusing on cancer but we won’t refuse any kid with a serious illness,” says Mike Shaw. They hope to distribute 300 kits for the year and then re-evaluate.

Two years after her diagnosis, Shaw is now disease and medication free. The nine-year-old cancer survivor and do-gooder is also an aspiring chef, with specialties including deconstructed s’mores (a toasted marshmallow with chocolate sauce and graham cracker crumbs) and breakfast burritos. “She’s just back to being a kid,” says Mike Shaw.

Medi Teddy — A Stuffed Animal To Disguise An IV Bag

Six year ago, Ella Casano was diagnosed with Idiopathic Thrombocytopenia Purpura (ITP), an auto disorder where the body destroys platelets so the blood doesn’t clot properly. Some kids outgrow this condition, but Casano didn’t, so she needs day-long IV infusions every eight weeks to keep her platelets at a safe level. Her first IV infusion was at age seven. “The most intimidating thing for me was the big bag of medicine that hangs on the IV,” recalls Casano, who’s now 13.

As part of a school project, Casano was assigned to think about a problem she had and create a solution for it.  “I wanted to make an invention that would be something that another kid in my grade might not be able to come up with,” she says. “ITP was kind of unique. There was no one else in my grade that had it.” Her initial prototype used a stuffed penguin to disguise the IV bag, but that later evolved into a more familiar teddy bear, hence the name Medi Teddy.

“it’s been therapeutic for us in a lot of ways to hear from families who go through the same things we do.”

“My teachers especially were very supportive of it and my principal kept saying I should make it into a business,” Casano says. “In sixth grade I made a video and marketing plan [to show my parents I was serious]. In seventh grade we decided to take that next step.” The family sent a drawing to a manufacturer and filed for provisional and utility patents.

Medi Teddy is now sold online, and it’s set up as a nonprofit so that they can send Medi Teddys to children needing IV infusions around the world. “We’ve gotten emails from several different countries and a bunch of parents are saying that they think this could really help their child who’s also scared of the equipment,” Casano says. They’ve also had major corporations contact them about collaborations.

Ella’s mom Meg Casano adds that “it’s been therapeutic for us in a lot of ways to hear from families who go through the same things we do. Over time, this really will be something that can have hopefully for her life if she wants to continue to work on this.” In the future, Ella hopes to become a hematology oncology doctor. But for now, she keeps busy with Medi Teddy and performing with choir and drama club.

In 2012, Luke Spalding, then age 14, was diagnosed with desmoplastic small round cell tumor, a rare and aggressive pediatric cancer. While undergoing treatment at Royal Children’s Hospital (now merged with another children’s hospital) in Brisbane, Australia, Spalding saw first-hand how lonely and bored kids can get while staying in the hospital. So, he started a fundraiser to buy iPads for another kid at the hospital. Spalding died in 2016 at the age of 18, but his family has continued the annual holiday campaign in Spalding’s honor.

“We continue with the fundraising because it meant so much to Luke and the smiles on the kids’ faces are just too hard to resist!”

“Luke started the campaign when he met a little girl in the hospital who was playing with an iPad belonging to an occupational therapist,” says Luke’s mother, Sarah Spalding. “Luke saw her become upset when it was time to give back the device. That night he posted on his social media asking friends to throw in to buy her an iPad of her own. The response was so outstanding that we went to the hospital that first Christmas morning with an iPad for every child in the oncology ward.”

Over the past several years, Luke’s iPads has given approximately 270 tablets to pediatric patients and their siblings, mainly through crowdfunding on GoFundMe. “We continue with the fundraising because it meant so much to Luke and the smiles on the kids’ faces are just too hard to resist!” Sarah Spalding says.In addition to helping other kids, Spalding was passionate about motorsports. “While he was sick he became an Australian National champion in Formula 3 and raced numerous other categories around the country,” Sarah Spalding says. “Racing is what drove him to get up, be active, and chase his dreams! We have so many memories travelling the country together as a family to race in various events.” 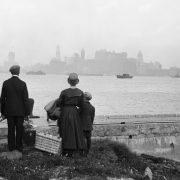 What I Learned In The Psych Hospital
Don’t miss one more amazing story.
Every week, we’ll send a few of our favorite stories to inspire you.
Send this to a friend
Scroll to top