Just because you make it through one diagnosis doesn't mean you're immune to others. When it comes to chronic illness, lightning does indeed strike twice.
lupusmsmultiple sclerosis 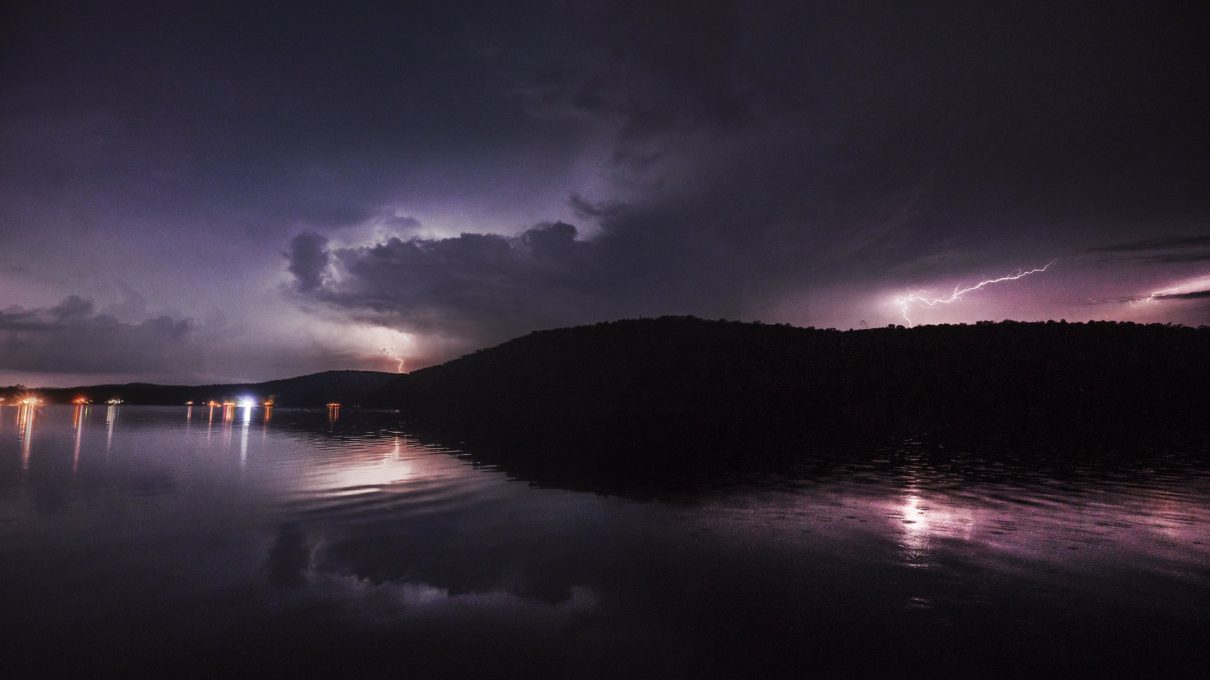 “We’re safe here,” my dad said as we sat in his burgundy Buick in the parking lot of the White Hen Pantry just forty-one miles south of Chicago. A thunderstorm had rolled in. My younger sister and I sat in the car staring out the window as my dad explained the logistics of the storm and our safety.

“Cars are grounded by the tires,” he said. “If lightning strikes, the electricity will travel around and go straight into the asphalt. It won’t hurt us.”

“Because it happened to me in high school,” Dad said. “My friends and I were hanging out in a parking lot when our car got hit. It was loud. The car lit up, but we were safe.”

I was eight years old. I never questioned my dad’s logic or his story. His role as protector has always been clear. At thirty-eight I just googled this safety phenomena. While his explanation was a little off scientifically—the tires aren’t what grounds the car –he was still correct. We were safe. 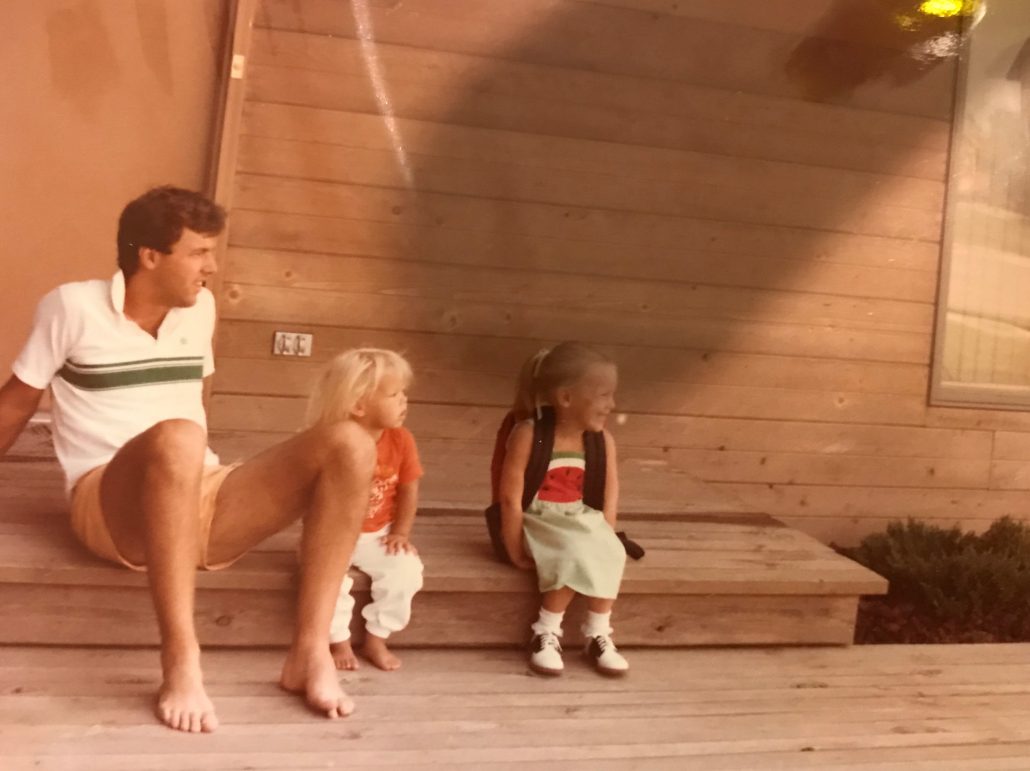 A young Cory Martin with her dad and sister.

From that moment in the parking lot on I preferred to spend storms in a car or resorted back to what my sister and I had always done as young girls –climb into our parents’ bed in the middle of the night and cuddle between them. Whatever raged outside would not touch us until it did.

Lightning struck one summer day a couple years later. We were all at home inside playing a game in the family room, counting the seconds between when we saw the flash and when the resounding boom echoed through the house. As the rain came down harder, the seconds went from 5 to 4 to 3 to 2 to BOOM!

There was a bright light then an immediate bang followed by the distinct smell of smoke. Our parents called 911. Sirens roared and the engines pulled into the driveway. The firemen went into the attic, then climbed onto the roof. The electric bolt had hit the chimney. A few bricks were knocked free from their masonry place, but the burnt smell was just an after effect of a few wires being burned. There was no fire. The house was safe.

There was a bright light then an immediate bang followed by the distinct smell of smoke.

From then on, all major appliances including our Apple IIGs were plugged not directly into the wall but into a circuit protector that was then plugged into the house. The firefighters had said we were lucky. Next time we might not be. We should take proper precautions.

“But lightning doesn’t strike twice, does it?” my mom asked.

The firefighters shrugged. “Better to be safe than sorry,” they said.

And so, we lived under a veil of protection. Circuit protectors, a Buick, then a Jeep, then a Ford Taurus. When I was in high school, we lived in a different house where the basement was finished. We spent storms of the ferocious kind hiding ten feet under. 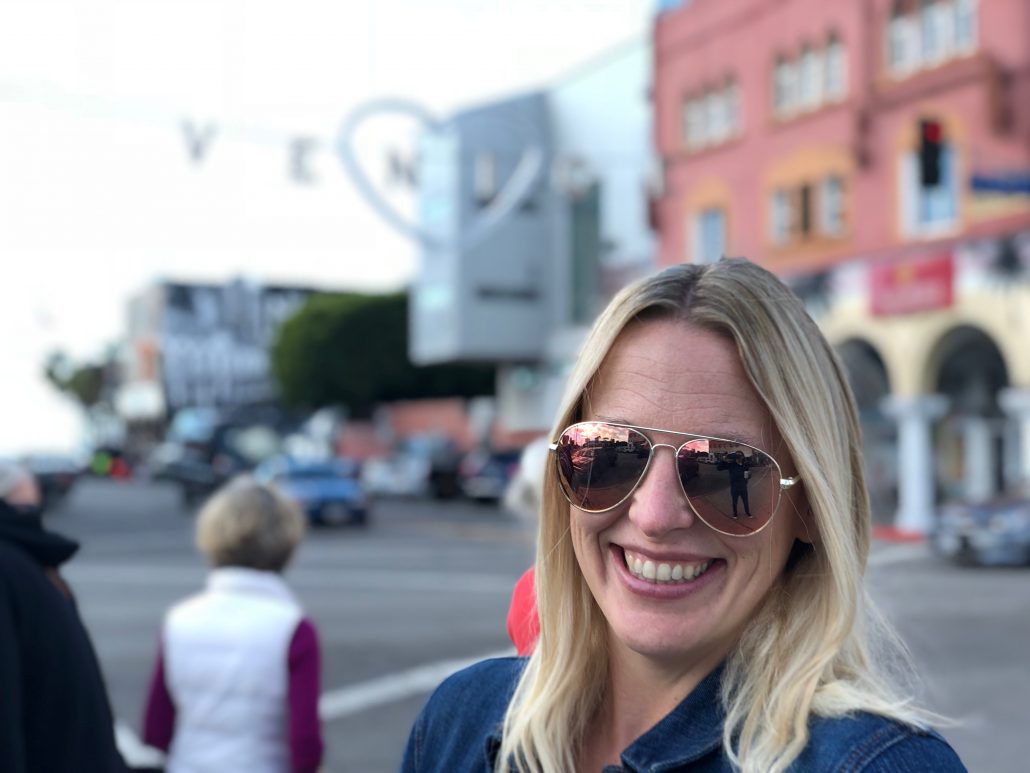 When I left for college and moved from the comfort of Midwestern suburbia to the heart of Los Angeles, there were no real storms to fear, just an occasional rumble of the earth. I didn’t need the protection of four Firestone tires or the calming presence of Mom and Dad. I was an adult now, ready to face the world.

And I did. I studied writing and literature in school. I graduated. I secured a job. All was calm and as it should be.

Then another storm came. Its bolts more intense than I’d ever seen. When it struck my body, I was unprotected. There was no safety of a car or the arms of my parents. The lightning had two names. Multiple Sclerosis – an incurable, unpredictable disease that silently destroys the coating on your nerves like the lightning that had melted the wires of our childhood home. I was twenty-eight years old when the doctor diagnosed me. I had lesions on my brain, numbness in my arms, and cognitive difficulties.

There was no circuit protector for my nerves. I was left to lie in wait and subjected to a spinal tap that landed me in the ER.

There was no circuit protector for my nerves. I was left to lie in wait and subjected to a spinal tap that landed me in the ER. The professionals were looking for more answers and guidance on a treatment plan, instead, the hole they poked in my spinal column failed to heal. The cerebral spinal fluid that protects the grey matter inside my head and my spinal column drizzled out into my body causing my brain to bang against the inside of my skull. The test had left my brain completely unprotected. It was a storm I’d never experienced before. I had no clue how to walk through it.

My parents flew out from the Midwest to be with me in the hospital. I was an adult who needed their protection once more.

When the leak was plugged and I was deemed safe to return home, I sat on my couch and cried into the shoulder of my dad. I was exhausted. Scared. And unable to see a future that wasn’t destroyed by disease. For thirty minutes my dad said nothing as the tears flowed from my eyes. We were in the Buick. Grounded. And I finally felt safe once more. 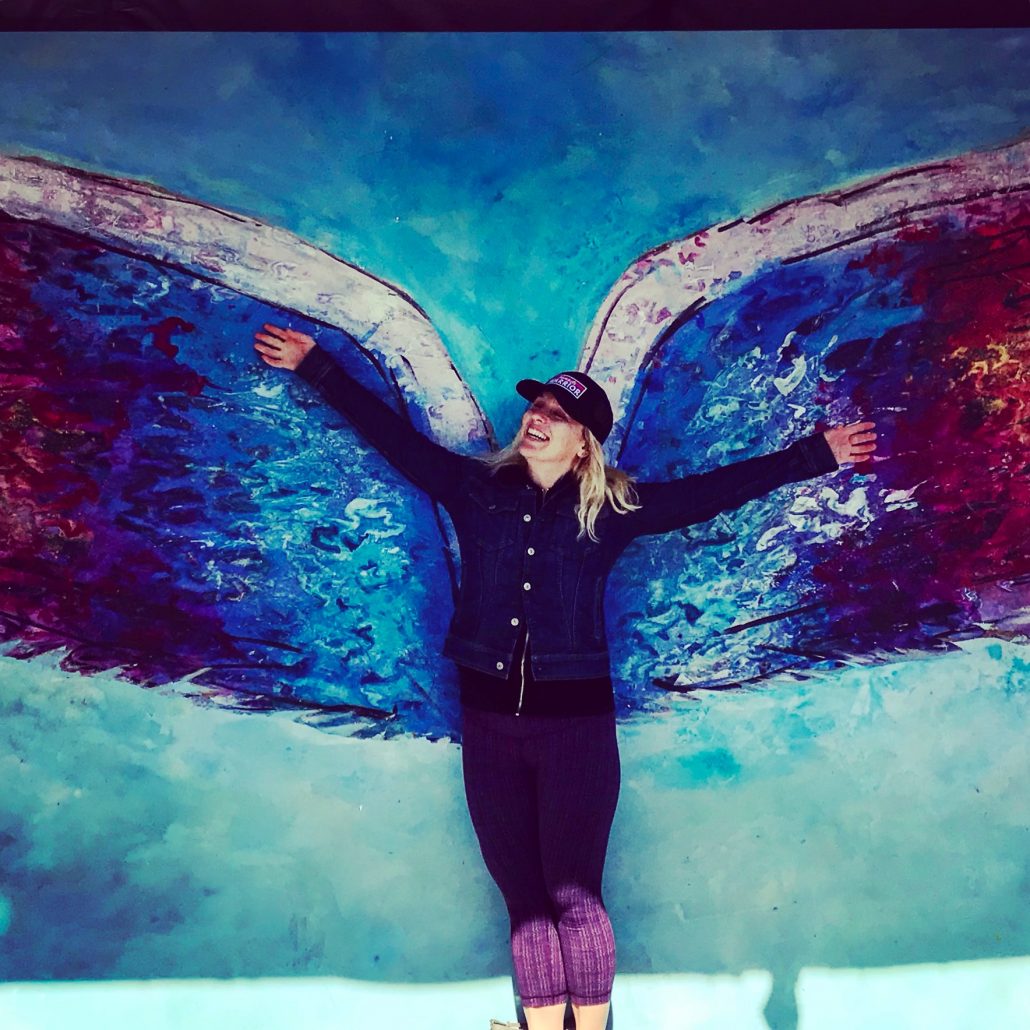 Cory Martin is determined to weather the storm.

Lightning never hit our family home again. All the precautions my parents took were for naught. There was no reason to fear, yet the circuit protectors remained. Just in case.

For the next ten years, I had no other choice but to keep moving forward. I was lucky that my symptoms were manageable and that the lesions on my brain remained stable. The storm of MS held the possibility to spin into a tornado, but I learned to live with my own DIY circuit protector. I created a bucket list of sorts and powered through with the attitude of saying yes to every opportunity.

For ten years, I lived believing that I had it all figured out. That because I’d contemplated the future with MS, understood the possible outcomes of the what if and what now and what then questions, that I knew exactly what my future held. I thought I was prepared. I thought I could handle anything.

I thought I was prepared. I thought I could handle anything. Then it hit me. Straight on.

Then it hit me. Straight on. There was unbearable pain in my bones. Inability to exercise. The pain I felt was a marathon. The fatigue made work impossible. My writing became jumbled.

I went to the MS doctor looking for guidance. She ran some tests, but she couldn’t make sense of it. The lesions on my brain hadn’t multiplied—she didn’t think it was MS causing my pain this time. My primary doctor ran tests too, but she didn’t have an answer either. She sent me to a rheumatologist. By this point I couldn’t walk up a flight of three stairs without needing an hour-long nap. Still, he didn’t think I had any of the diseases he normally sees, but to cover his bases he drew some blood. When I returned for results, I went into the appointment expecting to hear that it was a fluke thing – a virus, a lack of vitamins. My body had already been struck once. Surely, it wouldn’t be struck again. But his words said differently.

You have Lupus. Take this drug. See you in two months. BOOM! I was struck once more. Unprepared.

Every Storm Is Different

After living with MS for a decade, I thought I had iron clad armor. A steel chassis to redirect the electric current. I thought I was immune to any more blows to my health. And even if I wasn’t immune, I thought that no matter what happened I would know how to deal. But I was no more prepared for Lupus at thirty-eight than I was at twenty-eight when I was told I had MS.

Every bolt is different. Every electric surge a new voltage.

So now here I am. No rubber tires. No circuit protector. Just me and the symptoms of my new disease. Attempting to adjust and move through it all. But how? That I’m not sure.

Yet I do know this…They say lightning never strikes twice. But it does. In fact, it strikes over and over again. It’s just that the same lightning never hits twice. Every bolt is different. Every electric surge a new voltage. You never get struck by the exact same current, but you are guaranteed to get hit more than once. It is a fact of life I now accept, but that doesn’t mean I can’t keep searching eBay for a 1987 burgundy Buick to hide out in until the storm passes.

Cancer Was My Crucible, And It Made Me More Compassionate
Don’t miss one more amazing story.
Every week, we’ll send a few of our favorite stories to inspire you.
Send this to a friend
Scroll to top