When Morning Sickness Is Deadly 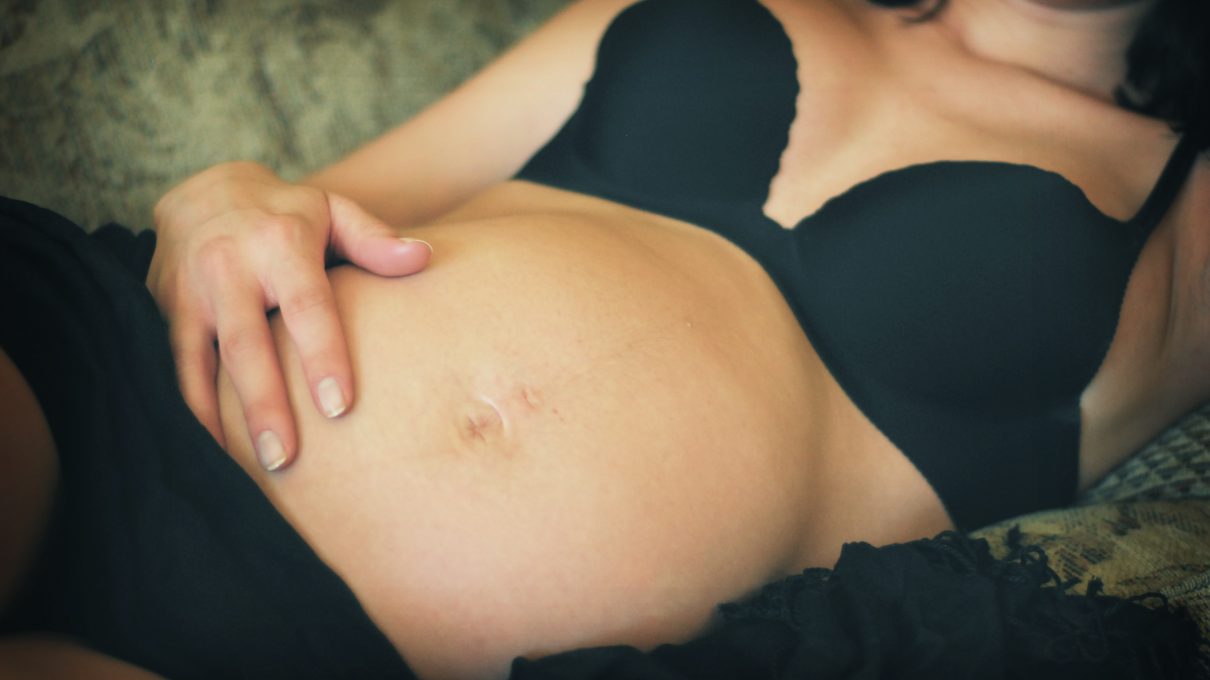 About seventy percent of women suffer some form of nausea or vomiting in pregnancy. Morning sickness, a common term for the ailment, affects mothers differently. Generally, it is seen as an expected hurdle of child rearing. Yet, for two percent of women, the symptoms are exaggerated to a nightmarish degree, making daily tasks unbearable and threatening long-term health of the mother and even the life of the unborn. From a medical perspective, the condition, called hyperemesis gravidarum, has been a mystery: no one has been able to nail down a cause or treatment. Rather, the common consensus on the origins of hyperemesis has long been that it is psychological. That is to say, doctors have traditionally assumed that the symptoms are imaginary, something like physical manifestations of a woman’s anxieties over motherhood. 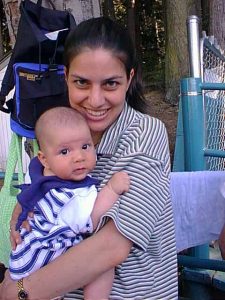 That is what Marlena Fejzo, a geneticist at the University of California, Los Angeles, was told when she suffered through hyperemesis in the late nineties. It was her second pregnancy and, though she had had hyperemesis in the first one, it had gone undiagnosed. The second time around doctors identified it as such but the experience was worse. Fejzo was bedridden for months at her home in Los Angeles, unable to keep down food or water. Eventually, her weight dropped to ninety pounds. She had to be fed with an IV. By the end of it, Fejzo could not even speak. The whole time, her doctor believed it to be some kind of ploy for attention from her family, who had to care for her. This, she says, is a common view of the medical community towards hyperemesis.

After she lost the child, Fejzo, knowing that there was nothing imaginary about what she had gone through, decided that she would figure out the cause. She would prove hyperemesis was real. As a geneticist, she looked for it in the genes, combing tirelessly through genetic data from hyperemesis sufferers, largely on her own time, looking for clues.

In March, Fejzo’s years-long research was compiled in a paper published in Nature Communications, a prestigious peer-reviewed scientific journal. The paper, which identified two genes thought to be the cause of hyperemesis, relied on medical data from over 51,000 mothers with hyperemesis. Some of the data was gathered by Fejzo but the vast majority came from 23andMe, a private genomics company. It is the first such study to identify an actual cause of the condition. It not only vindicates the experiences of doubted mothers like Fejzo, but lays the groundwork for a potential cure. We reached out to Fejzo to hear more.

When does hyperemesis typically begin in pregnancy?

It can start anywhere from right when the pregnancy begins all the way to anytime in the first trimester. Generally, the peak is around twelve weeks. Usually, it starts at about six weeks. Not everyone has it all the way to term. For some, it goes away in the second trimester. For others, it lasts the entire pregnancy.

What percentage of women with hyperemesis suffer miscarriages?

In our cohort from the study, we have over one hundred women who have done a therapeutic termination because of it. We found that it is about one in three, including the terminations. Then there’s an increased risk of preterm birth. There’s also an increased risk of neurodevelopmental delay in children and vitamin deficiency, which can lead to infant death.

What is its medical history?

It was always believed that it was somehow caused by HCG, the hormone that is tested for in pregnancy tests. That was the leading scientific theory. Unfortunately, there has also been this misogynistic theory that it was all in a woman’s head, like a woman not wanting her pregnancy or wanting to be pregnant. The first thing that this study is going to do is help to prove that that is not the case. Women with hyperemesis gravidarum are often treated unfairly by their doctors. Doctors are still teaching this in medical schools, that it’s a psychological problem. Recently I got an email from a med school student with a video of her female professor, an OBGYN, teaching that, when women are hospitalized for hyperemesis, there usually is something going on at home or that they just do not want to get better, things like that.

Unfortunately, there has also been this misogynistic theory [about severe morning sickness] that it was all in a woman’s head, like a woman not wanting her pregnancy or wanting to be pregnant.

Is there much pushback on such claims?

It’s a pretty widespread belief. I hear about it all the time. When I had hyperemesis, my own doctor told me that I just wanted attention from my family. I was bedridden and could not use the bathroom. I needed my family to come and change my bedpans. He thought that I really wanted that to happen, that I wanted the attention. It’s really crazy and terrible. But it is that way because doctors didn’t know what caused it. And now this is the first study to show what does. As others repeat this, it will become accepted. But it’s going to take some time I think.

How would you describe what you found?

We found two genes to be linked to hyperemesis: GDF15 and IGFBP7. Those two genes code for two proteins with the same name. What we did was look at those protein levels and see if they’re abnormally high in women with hyperemesis. We compared the levels of the proteins in blood from women with hyperemesis to women with normal or no nausea or vomiting in pregnancy. They were all at twelve weeks gestational age. The levels of GDF15 and IGFBP7 were significantly higher in the hyperemesis women. Then at 24 weeks, once their hyperemesis had resolved somewhat, they were no longer significantly different. So it seems to be that these are the causal proteins.

Using genetics is a non-biased approach in the sense that we’re looking at every gene, the hormones and receptors, different immune factors, anything that’s coded for by our genome that can be screened using a genome-wide association study. This, I thought, would point to the genetic risk factors for it. It turned out to be these two genes are both expressed in the placenta and are already known to cause cachexia, a disease that kills twenty percent of cancer patients. It’s basically muscle wasting and weight loss and loss of appetite. It’s caused by these same proteins. Everything is really pointing to abnormally high levels of this being a major cause of hyperemesis.

Can you talk a bit about your own experience with hyperemesis?

It was pretty bad in my second pregnancy. I was so ill I couldn’t eat or drink anything. I was really weak. I couldn’t move without vomiting. After I got diagnosed with hyperemesis, I just had to lie really still, like a form of torture. I just laid there staring at the wall. I didn’t eat or drink anything for over ten weeks. I was given IV fluids. They tried seven different drugs on me but nothing worked. I was not able to keep anything down. Eventually they put me on a feeding tube but it was really too late and the baby died, at fifteen weeks.

In the last few weeks before I lost the baby I couldn’t even speak. I had to use a buzzer. I was really unable to take care of anything. I was frozen in my body. For some reason there’s this ridiculous theory that women just have some problem that, even when it’s a planned pregnancy, they still say, ‘Well it’s a subconscious rejection.’ It’s because there just hasn’t been research done. There were no answers.

For some reason there’s this ridiculous theory that women just have some problem that, even when it’s a planned pregnancy, they still say, ‘Well it’s a subconscious rejection.’ It’s because there just hasn’t been research done.

How did that experience impact your research and career?

After I lost the baby then I started researching it. There was very little known. I’m a geneticist by training so I wanted to see if it was genetic. I didn’t have it in my family but that doesn’t mean that it’s not genetic. I created these really long surveys about it, asking any question I could think of that might help to shed light on it: did any of your female relatives have it; do you have autoimmune disease in your family or other related syndromes; difficulties with your periods or early menopause–anything. I put it online and then a nurse from Oregon who had it answered my survey. She wrote me that she was going to start a webpage on it. She started a foundation and I partnered with her. She put the survey on her website, which also had informational support for women. A lot of women came to that and that’s how I was able to recruit for my study. We found that there was familial aggregation. So if you’re sister has it, you have a seventeen-fold increased risk of having it yourself.

Did your recent findings make you feel vindicated?

Is there a potential treatment coming?
Well, because of the cachexia connection it’s really great. Novartis is developing an antibody drug that will be used to bind GDF15 and hopefully block it. It’s worked already in animal models to restore weight. There’s no reason that should not work for pregnancy as well. The big question is if it will be safe to use in pregnancy. We’ll see. 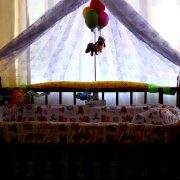 Depression Doesn't Happen After Pregnancy Only
Leah Ingram
Community Roundup: How Do You Talk To Your Friends And Family About Your Co...

Not Your Average Stay-At-Home Dad
Don’t miss one more amazing story.
Every week, we’ll send a few of our favorite stories to inspire you.
Send this to a friend
Scroll to top