When You Can See From Both Eyes, But You’re Still Half Blind

After brain cancer, I'm lucky to have my sight, and I'm proud to be disabled. I just wish my disability were easier to explain to people.
best ofbrain cancerhomonymous hemianopsia 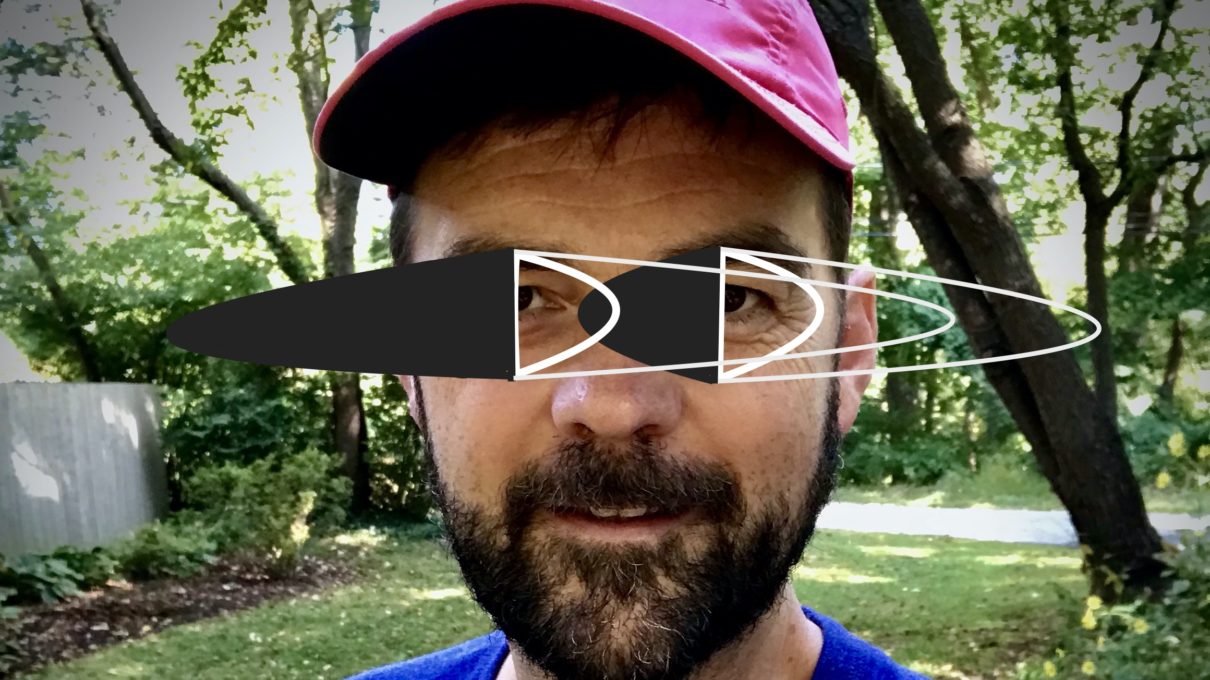 Starting at the beginning of the year year, I took on a long-needed chore of cleaning out some old moving boxes still taped closed in storage. While my wife appreciated my initiative, she feared the truth: I would get carried away. Each of these old boxes contain some kind of time capsule treasure, and any one of them could suck me down the long road to memory lane.

One particular container—an old box for snowboard boots—was full of delights. It contained hundreds of 35mm photography prints I had saved.

The image above was specifically interesting to me. I shot it in the nascent days of new digital cameras. It was taken in the late fall of 2003 in my apartment in the Colorado mountains. A selfie taken a decade before ‘selfies’ became a thing, it was an experiment playing with perspective.

At the time, I had no idea this photo would have significance for me one day. But a decade later, my eyesight has altered altered drastically. After some rather intense brain surgeries, I was I was diagnosed with right-side homonymous hemianopsia—or half-blindness. And I no longer see the world this way at all anymore.

It started with a seizure, then a diagnosis, then surgery to remove the tumors from my skull. Before that I had 20/20 vision, but after, the neural network in my head had been severed in such a way that each of my eyes could no longer see the right side of their old 180-degree view.

I was now half-blind in each of my eyes. But don’t mistake this for me being blind in one eye. It’s not the same at all.

I was now half-blind in each of my eyes. But don’t mistake this for me being blind in one eye. It’s not the same at all.

Close one of your eyes, and you’ll immediately sense a problem: you can no longer judge depth, because three-dimensional sight requires two eyes. But being half-blind in each eye still allows you to see depth. I still had the illusion of a full field-of-vision. It just didn’t work the way you expect anymore. Sometimes, everything felt fine. And then others, I’d be walking along and then slam into a street light pole like it came jumping out at me from space. “Ouch.”

I did not truly understand what my brain surgery would do to my sight six-and-a-half years ago. My surgeons told me I would still maintain a 3D view of the world, and my brain would adjust to see things normally. But that hasn’t truly happened, which is why I think I’m so interested in these old pictures of a guy who could see ‘normally’ and drive a car.

It’s weird to explain what being half-blind in each of your eyes looks like to someone with regular vision. I can barely describe it to myself. But there’s no darkness, no light, no color. When I used to see things on my right side, it looked just like what most of you see: dual-channel, 180 degrees of sunshine.

But now, my invisible disability cuts my vision half for each of my eyes. What that means is that instead of having half my field-of-view, when I look out at the world, I seem to see what I’ve always seen: trees, sky, you name it. But really, there’s a huge blind spot on my far right. If something comes in from my left, I can see it extremely well. But if something comes in from my right, or slightly to the right of my left side, it can appear to me out of nowhere: an optical illusion.

I think of it as an empty field. But wow, it is confusing to grapple with. To compensate, I have to take extra glances towards my right side. I bump into doors, chairs, kids, cars, but the worst thing is the kitchen. I’ll be cooking or doing dishes alone, and then, my family is suddenly there, without me ever having seen them enter the room. It’s an experience out of nowhere.

You may feel this sudden ‘out of nowhere’ experience when you’re reading your phone while walking, or driving, or cooking in the kitchen. You assume you can see what’s around you and then, all of a sudden, you realize you can’t. What I naturally, from memory, see is a whole view of my kitchen: the dishes I’m washing, for example. Then, without warning, a hand is there in front of me, rinsing off a dirty coffee mug.

Blindness sucks. But it especially sucks when no one can intuitively grasp what you’re going through.

Blindness sucks. But it especially sucks when no one can intuitively grasp what you’re going through. Rightly or wrongly, people understand being blind like having two eyes closed, and they understand being half-blind as a life spent with one eye glued shut. But how do you explain your disability to people when both your eyes can see, but there’s a huge blind spot in your brain?

I’m lucky to have my sight; I’m proud to be disabled. But I wish it were easier to explain to people. 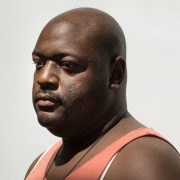 The Illustrated World Of An Autistic Superhero-Artist
Carey Dunne
Ask Ada: How Can I Be A Good Maid-Of-Honor With Cancer?

What My Mom (And HIV) Taught Me About Caregiving
Don’t miss one more amazing story.
Every week, we’ll send a few of our favorite stories to inspire you.
Send this to a friend
Scroll to top