The series' titular serial killer might be a monster, but part of what turned him into one was our broken, unfair healthcare system. 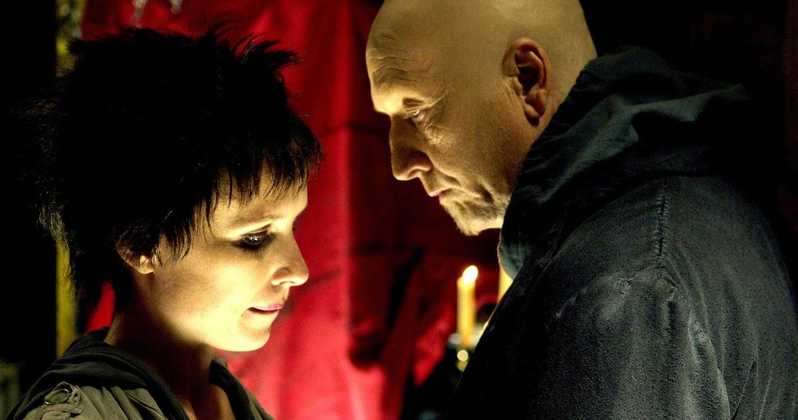 In the Saw series, a murderer going by the name of Jigsaw (Tobin Bell) places people in elaborate traps, forcing them to fight for their lives. As the authorities try to track the enigmatic killer down, his schemes only get more sophisticated. Jigsaw’s catchphrase, revealed in Saw II, sums up his core motivation for killing—“Those who don’t appreciate life do not deserve life.” But what strikes me about Jigsaw is that he’s not “just” a monster: he’s also chronically ill himself, and outraged by issues such as the unfairness and impenetrability of our health insurance system, as well as larger issues around healthcare equality.

For those of us who know the real torture of trying to navigate the modern healthcare system while chronically ill, the Saw series of films can, in their own way, be a guilty tonic.

Over the course of seven Saw movies, and the recently rebooted Jigsaw, we learn about the man behind the mask—John Kramer—and what drives him to play quite so many games, along with his handmade companion, Billy the Puppet. The reason, it turns out, is his own diagnosis with colon cancer, which metastasizes into an inoperable frontal lobe tumor. But instead of using cancer as a cheap plot point the way that many movies do, the Saw films use the condition as their main character’s greatest motivator. Kramer realizes that he’s been given a second chance at life, and is intent on making others appreciate what they have, too—albeit, using clearly deranged methods.

I don’t have cancer, and can’t speak to what that’s like (I have my own smörgåsbord of health issues), but my mom passed away from metastatic bowel cancer three years ago. Mom wanted as much life as she could possibly get, and in this one small way, John Kramer reminds me of her.

One of Jigsaw’s most relatable moments happens in 2005’s Saw II, when Kramer explains the moment he realized his mortality was achingly close: “Can you imagine what it feels like for someone to sit you down and tell you that you’re dying? The gravity of that. The clock’s ticking for you. In a split second, your world’s cracked open. You look at things differently. You smell things differently. You savor everything be it a glass of water or a walk in the park. But most people have the luxury of not knowing when that clock’s going to go off. And the irony of it is that keeps them from really living their life.”

While Jigsaw takes his own epiphany too literally, leading him to place victims in murderous situations, any diagnosis can be a life-altering shift.

While Jigsaw takes his own epiphany too literally, leading him to place victims in murderous situations, any diagnosis can be a life-altering shift. For instance, I made several major changes in my personal life following a diagnosis with MS in 2013, such as moving across the country and leaving a long-term relationship behind. Any illness or condition has the power to bring things into sharp focus, or blur them beyond all recognition.

As the series progresses, it’s eventually revealed that Kramer’s own diagnosis didn’t come as quickly as it could have. In 2017’s Jigsaw, Kramer tragically reveals: “Were it not for a careless mistake by a resident of the hospital I was in, my cancer could have been diagnosed a lot sooner. It was simply the wrong name on an X-ray.” This delay undoubtedly influenced the anger the antagonist felt at not receiving the appropriate care he required. Kramer laments in 2006’s Saw III, all patients “need a competent physician who looks them in the eye and treats them like human beings,” something he seems to have lacked. But rather than simply pursuing revenge, Kramer becomes a patient advocate of sorts, fighting on behalf of other chronically and terminally ill individuals (when he’s not busy setting traps, that is).

This is no more evident that in 2009’s Saw VI, which puts access to healthcare and insurance under a UV light. When seeking an experimental treatment for his cancer, Kramer is told by his insurance company, Umbrella Health, that the procedure will not be covered, mainly because it isn’t financially viable due to his age and prognosis. The algorithm used by the company makes a plethora of patients disqualified from treatments which could improve their conditions and potentially save their lives. This major injustice doesn’t sit well with Kramer.

The desire to explore a universal topic, which continues to impact upon chronically and terminally ill individuals on a daily basis even now, shifted the focus of the horror franchise entirely. Rather than simply documenting the conquests of a deranged killer (which the movies still do, of course), Saw VI asked why all humans aren’t treated equally when it comes to the level of care they receive and the treatment they’re able to access. Money is at fault, too, with financial inequality viewed every bit as damning as an insurance company’s impersonal, lottery-like, algorithm.

Jigsaw’s solutions aren’t for the faint of heart, but his unwavering belief that life should be savored melts even the stone in my chest.

Kramer, of course, uses his insurance denial as another motivator, and a chance to examine the unjust areas of society he’s intent on adjusting. He exclaims, “Once you see death up close, then you know what the value of life is,” although his words aren’t enough to change the insurance company’s decision. Kramer sets traps for every Umbrella Health agent responsible for his denial from beyond the grave, by way of his ever-growing list of protégés, but healthcare inequality is insurmountable even for a prolific serial killer to tackle, sadly.

For all these reasons and more, I’m relieved that the Jigsaw Killer will reportedly be returning for a ninth instalment in the franchise. Gore that burns into your eye sockets, and blood-curdling traps aren’t for everyone. My mom hated gore, but she’d have loved John Kramer’s bad attitude and penchant for justice. Jigsaw’s solutions aren’t for the faint of heart, but his unwavering belief that life should be savored melts even the stone in my chest.

Jennifer Furner
Do you know someone else who would enjoy this story?
How ‘There She Goes’ Creator Shaun Pye Adapted Life As A Special...

The Goddess With The Blood Red Eyes
Don’t miss one more amazing story.
Every week, we’ll send a few of our favorite stories to inspire you.
Send this to a friend
Scroll to top