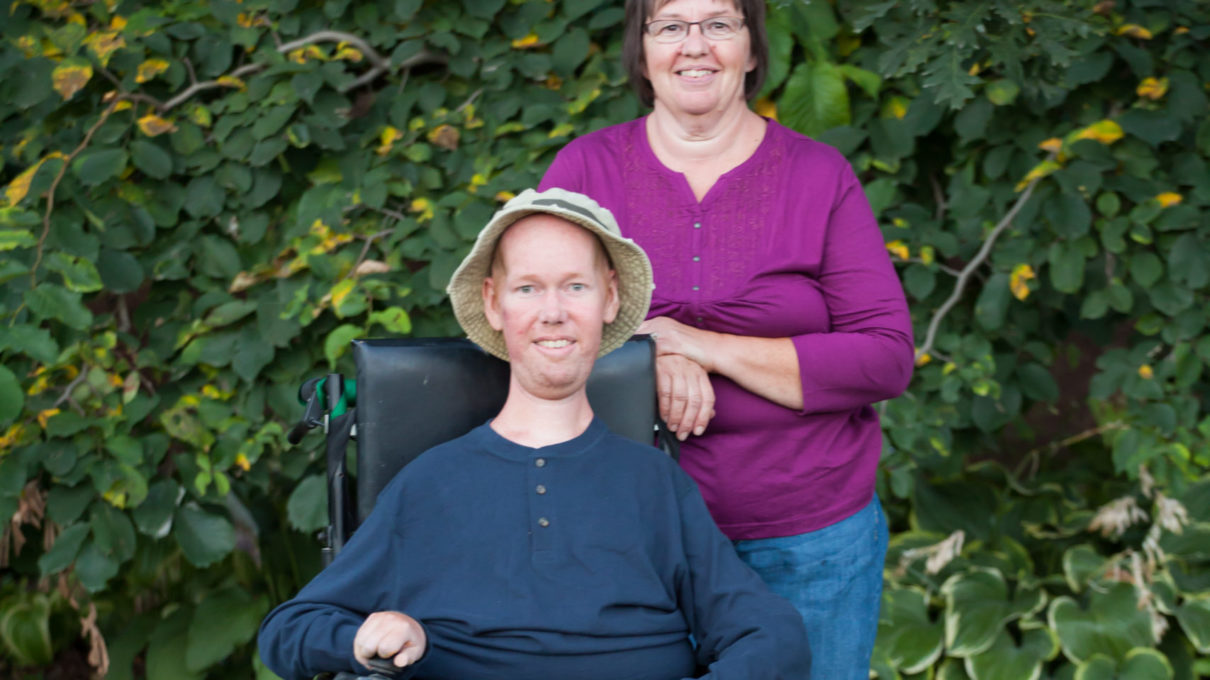 Gardener Josh Spece sells more than 300 varieties of the lush, leafy hosta plant at his eastern Iowa nursery, In The Country Garden and Gifts. He regularly ships online orders of the playfully named perennials—selections such as Cookie Crumbs, You’re So Vein, Rainbow’s End and Flamenco Mouse—to customers in all corners of the United States. Spece develops his own hosta hybrids to sell commercially, and he grows more than 1,000 hosta species in display gardens next to the nursery.

“I guess I have a problem of collecting things,” Spece says, with a laugh. “There are thousands of different hostas that come in all different shapes and colors and sizes. There’s always something new to find and grow.”

Spece’s horticulture career took root in his family’s backyard, where his mother, Sue, built a raised-bed vegetable box that her young son could reach from his wheelchair. Born with spinal muscular atrophy (SMA), a genetic condition that damages nerve cells in the spinal cord, Josh Spece has used a wheelchair for most of his life.

SMA is a progressive neuromuscular disorder. As impacted cells deteriorate, they lose the ability to send signals to muscles and this can impair movement, breathing and swallowing. The Muscular Dystrophy Association estimates that 10,000 American children and adults live with SMA. That total includes Spece and his younger siblings, Jackie Heinz, who owns two northeast Iowa dance studios, and Jacob Spece, a corn and soybean farmer who also raises cattle. All three Spece siblings use wheelchairs.

After Josh mastered raised-bed vegetables, he started cultivating ornamental flowers and indoor orchids. When he grew curious about water gardening, family members installed a small pond in the yard. They replaced it with a bigger pond the following season, and later constructed two more water gardens connected by waterfalls and streams.

“My grandpa built one pond into the side of the hill, with a retaining wall on one side. I could pull right up to it in my wheelchair and put my hand in the water. The fish would come up and nibble on my fingers,” Spece says.

“I could pull right up to it in my wheelchair and put my hand in the water. The fish would come up and nibble on my fingers.”

His grandmother also encouraged his interests, buying Spece the plant that sparked his hosta fascination.

“Originally, she had more hostas than I did,” he says. “But somewhere along the line that flip-flopped, and she started getting her hostas from me. That’s how it all started.”

Spece’s hobby blossomed into a business. After graduating from high school in 1998, he teamed up with his mother to open In the Country Garden and Gifts. They started small, selling plants seasonally from the yard of their Iowa farm. While Spece studied horticulture in college, the pair added greenhouse structures and expanded their line of plants and water gardening supplies.

After his grandfather passed away in 2010, Spece and his mother started discussing future greenhouse plans.

“As we built the business, we discovered things that we should have done differently. It was getting harder for me to get around our yard, for example, because we had a pretty big hill. It was challenging to keep up with the weeding and watering. The greenhouses weren’t laid out in an ideal way,” Spece says. “So, we decided to relocate.”

They moved the business a few miles down the road, from the family farm to his grandmother’s property. Now in her early 80s, she helps in the greenhouse and supports the Spece siblings in their endeavors.

The timing of the move also happened to coincide with a community drive to build a new Spece family home.

Neighbors had nominated Sue Spece and her children for the ABC reality show, Extreme Makeover: Home Edition, in the hopes that crews would construct a more wheelchair-accessible alternative to their existing house. When show producers chose to work with another Iowa family, locals launched their own three-year campaign that generated more than $226,000. Suppliers donated materials, and volunteers helped to craft a home with wide halls and doorways, accessible sinks, a ceiling-mounted lift system, an attached garage, and a central bathroom that doubles as a wheelchair-friendly storm shelter in the event of a tornado.

Eight years after moving In the Country Garden and Gifts to its current location, Spece successfully juggles business responsibilities and his duties as an American Hosta Society (AHS) board member, webmaster and author. His articles earned him an AHS Best New Author Award in 2008, and a contributing writer role with the organization. Spece regularly speaks to gardening groups and nonprofit organizations, as well, sharing planting tips and personal perspective on accessible gardening.

As with the raised bed that first let Spece garden from his wheelchair, or the hillside pond built to bring him closer to the water, creativity is key.

“Because everybody is so different in their ability or disability, it’s hard to say, ‘Okay, this is how you do this particular thing.’”

“Because everybody is so different in their ability or disability, it’s hard to say, ‘Okay, this is how you do this particular thing.’ But, I’m happy to share the tools and tips that have worked for me and might help other people,” Spece says. “Whether it’s a raised bed or a couple of flowerpots on your front porch, you don’t need a huge, full-blown landscape in order to grow and enjoy plants.”

Though the progressive nature of his condition makes many physical gardening efforts increasingly difficult, Spece still helps manage the nursery. He oversees ordering, responds to customer inquiries and continues his hosta hybridization projects.

He credits his family for always providing encouragement and creating opportunities.

“Whenever I’ve wanted to do something, my mom has found a way to make it happen,” Spece says. “Some people are not raised to stand up for what they want – they just go with what society or the insurance company lets them have. I tell people not to let a disability decide what you can do. You can find a way to do what you want, regardless of your abilities.” 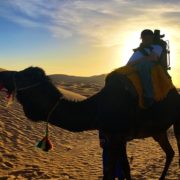 The Explorer Proving Travel Can Be Accessible To Everyone
Theodora Sutcliffee
The Woman Putting Disability On The Catwalk, And The Cover Of Vogue

Boxing Is My Pain Pill
Don’t miss one more amazing story.
Every week, we’ll send a few of our favorite stories to inspire you.
Send this to a friend
Scroll to top