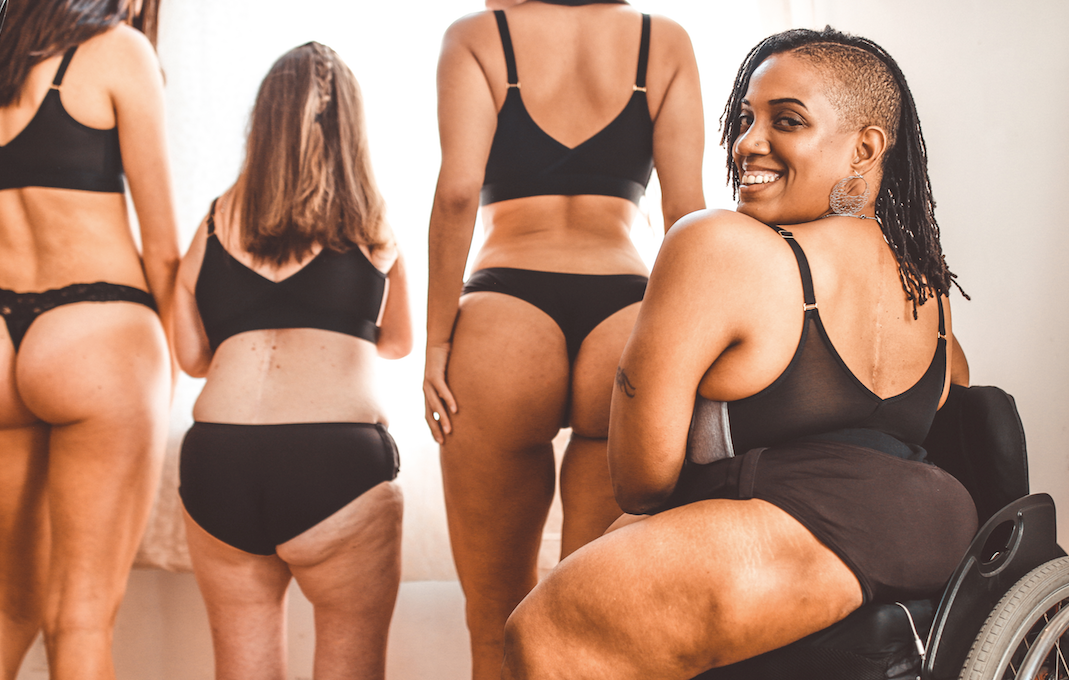 Annie Jankovic, a 21-year-old theater professional in Seattle, has chronic pain in her chest, which makes it difficult for her to wear a bra, as well as back pain that tends to worsen when she wears one. Chloe Noir, a 29-year-old sex worker in Van Couver, has similar issues due to fibromyalgia. “Bras hurt my spine and feel constricting,” she says. Certain ones are more comfortable, but the sexier kind that she wears for work tend to hurt her.

“At some point in middle school or high school, I realized that I really couldn’t do bras with underwires. They would dig into me and get very uncomfortable and painful throughout the day,” says Jessica Leeds Richman, a 22-year-old digital content coordinator in Akron, OH with fibromyalgia, inflammatory arthritis, ME/CFS, and Undifferentiated Connected Tissue disorder.

Lucy, a 33-year-old creative director in New York City with limited mobility in her right hand, finds it difficult to hook her bras, especially when they’re behind her back.

Intimately, an online marketplace dedicated to selling underwear for women with disabilities and chronic illnesses, aims to solve these women’s problems, along with other issues this population encounters when shopping for undergarments. Some women, for example, find typical bra clasps uncomfortable or hard to reach and need magnetic fasteners in the front; others can’t get into typical underpants and need ones that open on the side.

Intimately’s founder Emma Butler, who just graduated from Brown University, was inspired to start the company because of her mother. Always a fashionista, her mother’s options became limited after fibromyalgia and other autoimmune disorders made it difficult for her to get into her bras, and the bras and underwear available online for people with disabilities made her feel unsexy.

“We don’t need to have any more pain for these women.”

“Our breasts need to be held in place for some of us with bigger busts, and if you can’t get a bra on or it’s painful to get a bra on, that’s a whole fiasco,” says Butler. “We don’t need to have any more pain for these women.”

When Butler went to college, she met other women with disabilities, which inspired her to research their needs when it came to undergarments. She learned that some women with autism find tags and seams bothersome due to their sensory sensitivity. She also learned that changing pads and tampons was often a challenge for women with limited mobility — so much so that some used medication to go into early menopause.

Based on what she’d discovered, she began researching undergarments that accommodated women with these kinds of challenges, including period panties, bras with clasps in the front, and underwear that opened on the side. “There are more clothing lines for pets than there are for people with disabilities,” she remembers thinking. And not many of them had the aesthetic appeal of typical underwear and bras.

So, she began sharing the nicer items she found — often those sold at small mom and pop stores or on Etsy — on the site that became Intimately. She did a photoshoot with women of varying abilities, linked to the vendors, and started an Instagram where she posted these products. The Instagram also shared the stories of women with disabilities, their fashion experiences, and what made them feel beautiful, making an effort to showcase a diversity of people.

“We’ve seen a lot of clothing brands that are inclusive in terms of including all skin colors or their size range, but one thing that I think a lot of brands forget about is representation of women with different disabilities,” says Butler. “Even in the media, when we do see women with disabilities, it’s usually white straight women in wheelchairs, and it’s not this scope of disabilities.” She wanted to depict women with disabilities “not as the token disabled woman but as the sexy center-of-attention woman who is self-confident.”

When Forbes included Butler in the article “Female Founders Who Are Moving The Adaptive Apparel Market Forward,” her first reaction was, “I’m not really a founder; I’m a blog owner.” Then, she thought, “Maybe I can turn this into a company.” She began buying the underwear she was showcasing at wholesale price and selling and shipping it herself. After raising $19,000 on Kickstarter, she launched the company in February.

“There are more clothing lines for pets than there are for people with disabilities.”

Butler currently only sells products from other brands, but she’s in the process of designing her own line of bras with magnet clasps in the front, which she aims to release this summer. Elba, whose bras she already sells, is partnering with her in the project, and their plan is to make the design a bit sexier; they come in black lace, wine, and dusty rose.

“I think intimates are really connected to our self-confidence and how we perceive our sensuality and desirability,” she says. “The color of your intimates and the shape and the fabric and the lace can really boost how you see yourself at your most basic level. And I think all women deserve to feel confident and beautiful.” 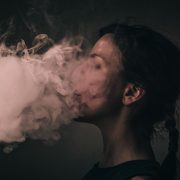 In Africa, COVID Is Killing Public Health
Don’t miss one more amazing story.
Every week, we’ll send a few of our favorite stories to inspire you.
Send this to a friend
Scroll to top