For over 16 years, artists such as Jeff Koons, Frank Stella, Terry Richardson and more have been working with RxArt to make hospitals as beautiful as museums. 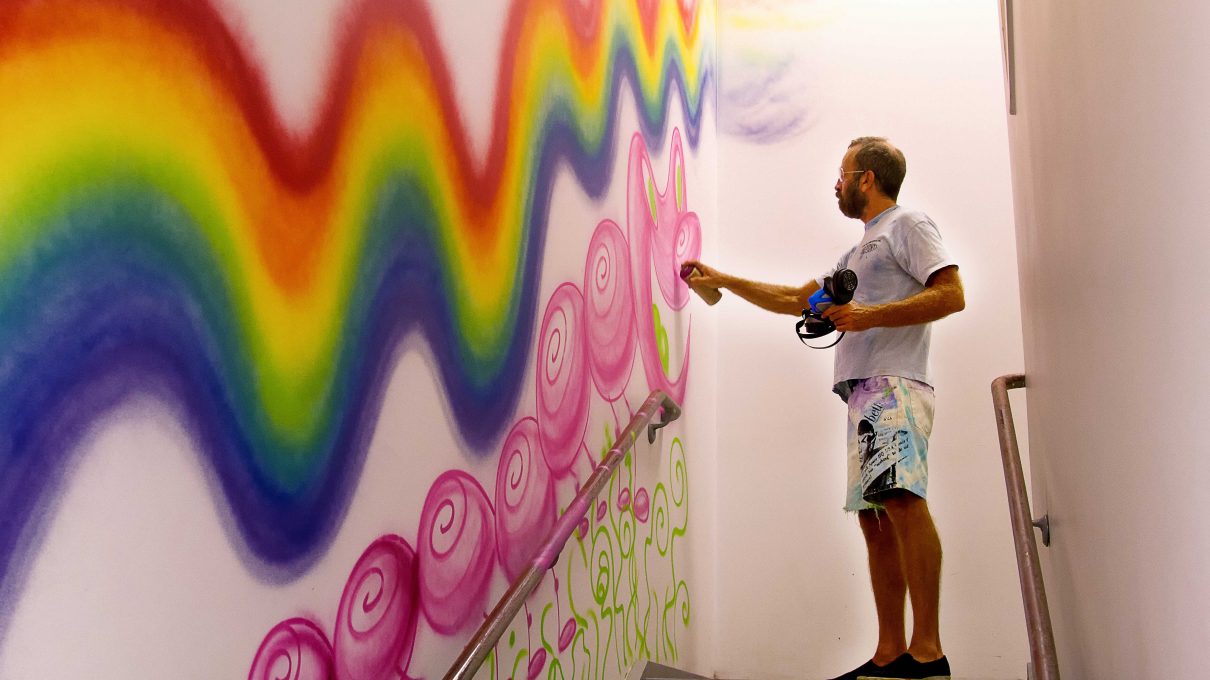 Few would mistake a hospital for a fine art museum. If there is art hanging on a hospital’s walls, it usually comes in the form of tacked-up motivational posters, sun-bleached photographs, generic pastoral prints, and–if you’re lucky–an ’80s-era motivational mural.

Still, though the art hanging in your local may be lackluster, few hospitals let their walls go totally bare. It raises a real question: what is hospital art for? Why is it there? Is it only meant to be a momentary diversion from the tedium and passive dread of being sick? Or can it serve some greater purpose? 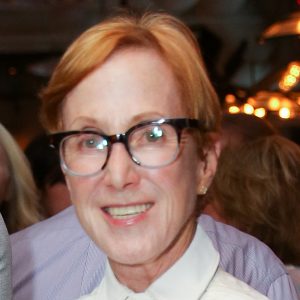 Diane Brown, president of RxArt, definitely thinks so. For the last sixteen years, Diane has devoted herself to the singular calling of replacing the sad stock prints in hospitals with museum-quality installations from some of world’s hottest artists. Terry Richardson, Jeff Koons, Frank Stella, and many, many more have all contributed art to her cause.

Long before she founded RxArt, Diane had set up her life at the intersection of medicine and the arts. In her earliest days, she worked in cancer research, while simultaneously pursuing at master’s in art history. Diane soon dropped out–“I just didn’t think I was being taught to think critically”–but devoted the next several years to self-education. By 1976, she had left medicine entirely to start her first art gallery in Washington D.C.; seven years later, she moved to New York, and ran her own gallery there for almost a decade, before going to work as a personal curator for one of the Big Apple’s most serious art collectors.

Despite her experience, Diane never really thought much about hospital art until she had to undergo a CAT scan. “It frightened me badly,” says Diane, remembering how trapped and intimidated she felt under the shadow of the alien-seeming medical machinery. “I wanted to get out of the room; I was terrified.” Strapped in a gurney with an IV in her arm, it was impossible to run, but Diane soon found another way to escape: through art. “I imagined a beautiful artwork on the ceiling by British artist Matthew Ritchie, lush with intricate iconography.” 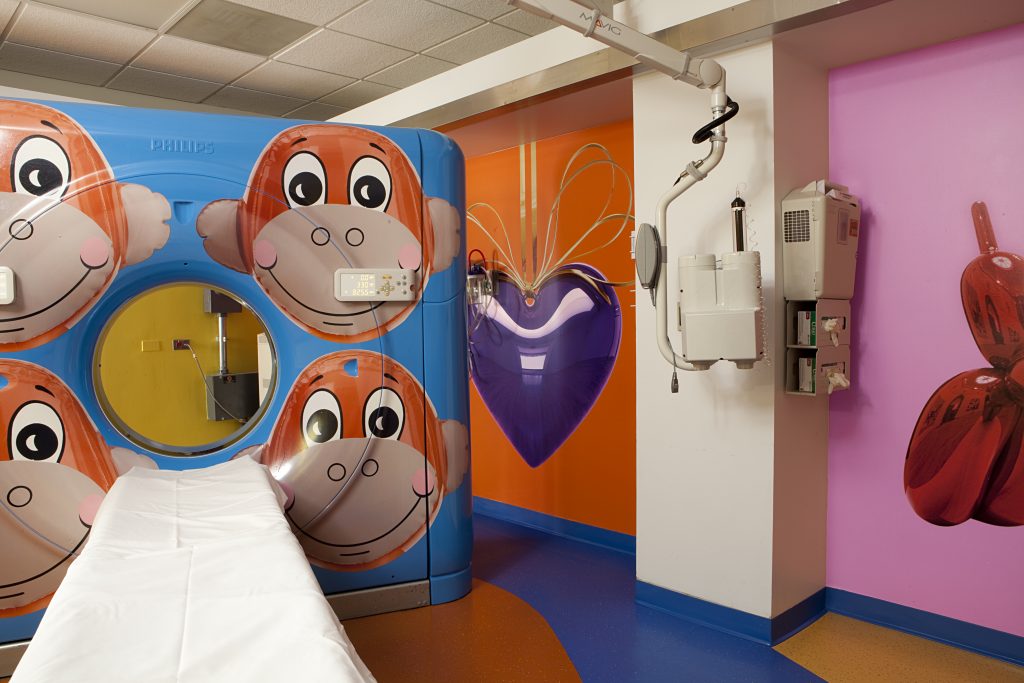 Her heart stopped racing as she became totally enraptured by this illusory painting. By the time the CAT scan was over, Diane knew she had to do this for other people, upgrading the sad and dingy art in hospitals with better works capable of capturing the imaginations of the sick and the scared.

“I started asking curators and artists I knew: is there a way I can put museum-quality art in hospitals while still paying artists but not charging hospitals?” she remembers. “Eventually, I met one philanthropist, who told me to try it, and RxArt was born.”

Over the past decade and a half years, RxArt has installed exhibitions in literally dozens of hospitals around the country, including Rockefeller University Hospital, Beth Israel Medical Center, Mount Sinai Hospital, San Francisco General, and more. Although in its earlier incarnation, the org hung framed art in corridors and patient rooms, RxArt now focuses on site-specific installations in pediatric hospitals. Together with RxArt, Diane works to pair children’s hospitals with artists to give dreary spaces a fun and colorful upgrade, whether that’s asking Kenny Scharff to tag an entire stairwell in the Pediatric and Adolescent Psychiatric Units at Kings County Hospital, or tasking Dan Colen to freeze frame an entire 25,000 square foot recreation room in explosive rainbow-colored confetti. 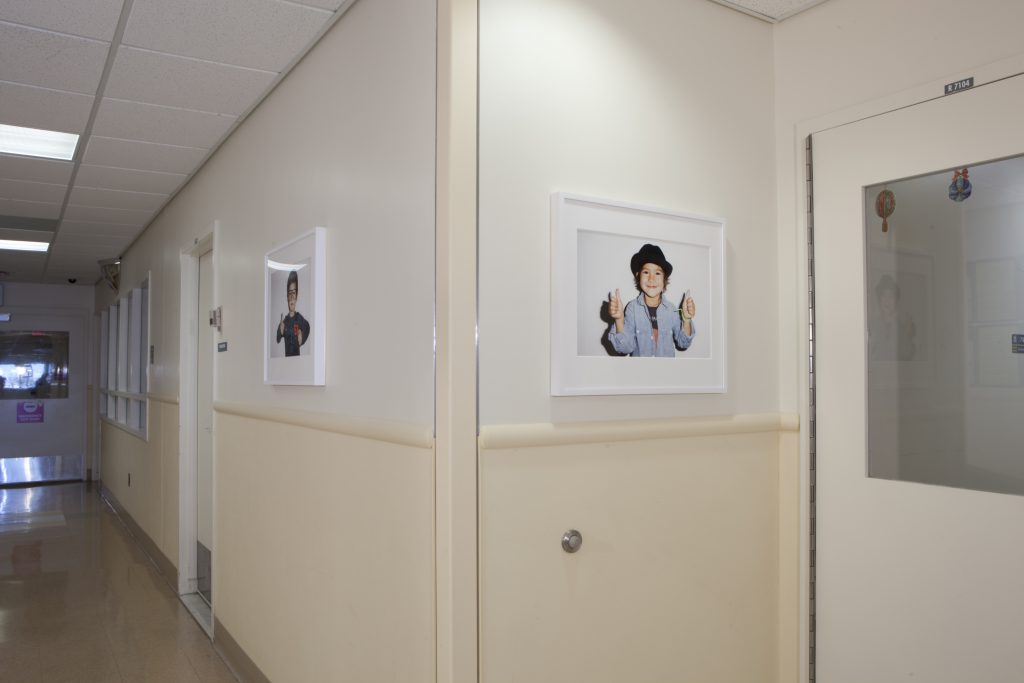 One particularly poignant example of what RxArt is trying to achieve is from American fashion and portrait photographer Terry Richardson. Richardson, who has shot intimate portraits of everyone from President Obama to Lady Gaga, was asked by RxArt to contribute photos for a pediatrics hallway at Kings County Hospital (a frequent RxArt partner). “Before Terry came in, this hallway had prints of Monet’s Haystacks hanging,” recalls Diane. “I remember touring it with a doctor, who pointed to them, and said to me: ‘These are city kids… what do they know about Provence?’”

Later, Diane would discover that part of the reason such generic art hung in this hallway at Kings County was because the children had a tendency to destroy anything that went up there. No individual work survived very long. (“I wish they’d told me that before Terry came in,” rues Diane.) Regardless, when Richardson came along, he replaced the sad Haystacks prints with photos the kids at Kings County could relate to: photos of other every day kids, smiling and giving a thumbs up while looking straight into the camera.

It’s not just an affirming message; it’s a reminder to the kids at Kings County that there’s an entire world outside of the hospital that cares about them. An easy thing for sick people to lose sight of, which might go along way to explaining why Richardson’s photos are still hanging unmolested years later. “It’s the first thing they’ve been able to hang on the walls that hasn’t been destroyed,” marvels Diane. 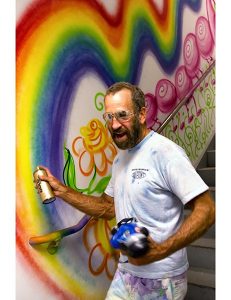 This goes to the heart of why RxArt does what it does, and the related question: what is hospital art for? Yes, hospital art is for distracting the scared, the bored, the lonesome, or the person in pain, but so are televisions, magazines, and hospital clowns. What makes putting putting fine contemporary art on the walls of a hospital uniquely important is that it reaffirms to the people inside that a beautiful world awaits them, full of people who care and want them to get healthy.

I passionately believe that your whole life becomes richer when you love art.

And if RxArt can also help a new generation of kids fall in love with contemporary art? All the better, says Diane. “I passionately believe that your whole life becomes richer when you love art,” she says. “You become so much more aware; you observe life differently, and see things sculpturally. Falling in love changed everything for me. I just want to do that for other people.”

Meghan Beaudry
Do you know someone else who would enjoy this story?
Mastering Mountains With MS

This Super-Smelling Pup Sniffs Out Students’ Stress
Don’t miss one more amazing story.
Every week, we’ll send a few of our favorite stories to inspire you.
Send this to a friend
Scroll to top