“Yes, And…”: The Critical Improv Skill That Can Help You Live Life With Chronic Illness To The Fullest

In improv, you're trained to keep building the story, no matter what. I found out firsthand the same skill is important in chronic illness.
chronic illness 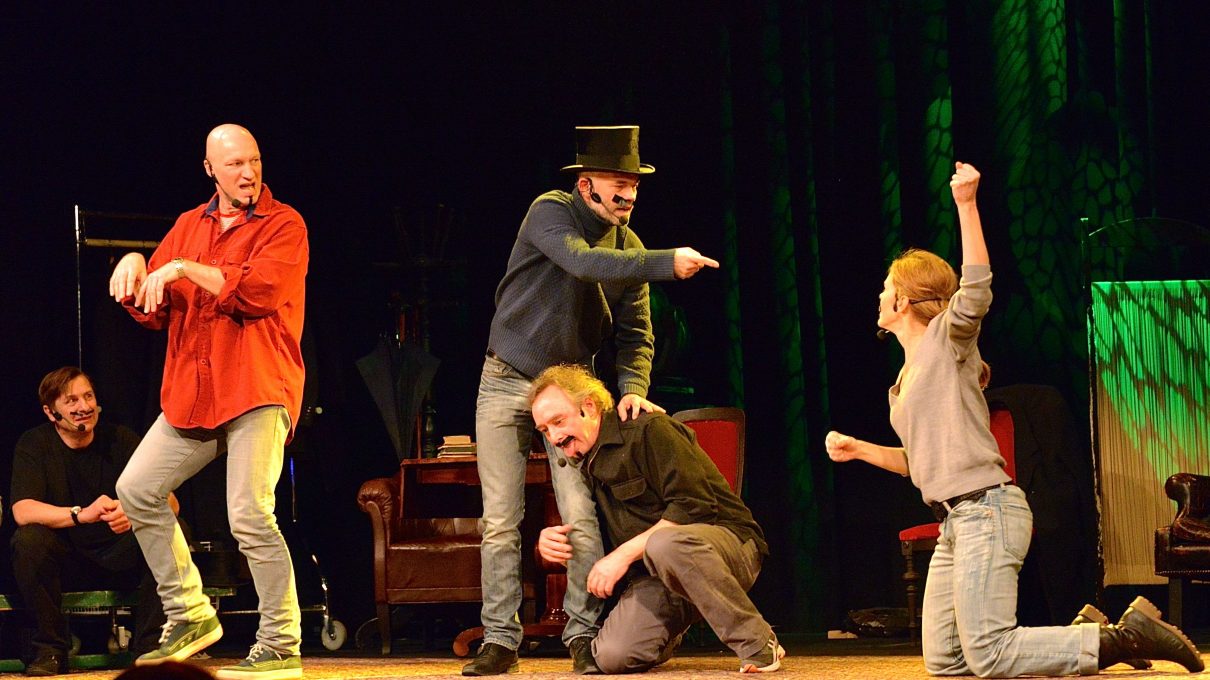 Imagine this scene: A woman lies in bed, waking up, and looks over to her calendar to see what her day holds. “Wow,” she sleepily says, “I’ve got a lot to get done today.” Just as she’s about to get up, another person walks in. “Hold it,” he says. “I’m Pain, and you’re not going anywhere today.” The woman looks at Pain, frustration written across her face…

The woman in the above scene is faced with a dilemma. Her plans have been changed with the introduction of Pain, and she needs to decide how to react. Does she ignore Pain and push past him? Does she pretend he never entered the room? Or, conversely, does she follow one of the main rules of improv, and instead of resisting this plot twist, accept it with a “yes, and…?”

“Yes, And…” in Improv and Beyond

The concept of “yes, and…” in improv is a very important one. It says that you’re agreeing to what is happening in the scene. In addition, with the ‘and…’ you’re contributing to moving the scene forward further. Even if you originally imagined the scene going in one direction, if your partner throws out a completely new idea, you go with it. Instead of digging in your heals and resisting the change, you accept it and add on to the new storyline.

Instead of digging in your heals and resisting the change, you accept it and add on to the new storyline.

Over a decade ago I took a week-long improv class where I learned this concept, creating silly scenes with other novice actors. While I’ve forgotten much of what I learned over that week, the idea of “yes, and…” stuck with me. Little did I know when taking the class, however, that this foundational rule of improv would become so vital years later in how I view and navigate my life with chronic illness.

Saying Yes to the Changes

One of the hardest things when dealing with chronic illness can be accepting the changes to your life. When I first became ill, I very much resisted the changes. This was not the way I had expected my life to go! This was not the storyline I’d mapped out in my mind, and I didn’t want to have to change course. My chronic illness was introducing major plot twists into my life that stymied my plans and goals.

But just like saying ‘no’ during improv can completely kill the scene, saying ‘no’ to the changes thrown our way during chronic illness can halt the progress of our lives. When I fought against the changes instead of accepting them, I was unable to move forward. I became depressed and couldn’t see a future, focusing instead on all the things that wouldn’t happen due to my illness. I was stuck, and my life story wasn’t unfolding.

During a conversation with my therapist about radical acceptance I suddenly recalled my improv class from years prior and the concept of “yes, and…” What if I thought of my chronic illness as my scene partner who I had to work with to create this storyline?

Just like saying ‘no’ during improv can completely kill the scene, saying ‘no’ to the changes thrown our way during chronic illness can halt the progress of our lives.

I realized that my scene partner, my chronic illness, was introducing changes into my life whether I wanted to or not. Just like in improv, we may not always like what our partner introduces into a scene, but in order to keep the scene moving, saying ‘yes’ to it is imperative.

I had the choice to either resist these changes like I had been doing, or say ‘yes’ to them. I chose the latter and began, with every curveball my chronic illness introduced, to accept my new reality and the new direction of my story.

Saying And… to the Changes

The thing is, the concept of “yes, and…” in improv isn’t just about accepting; it also involves the ‘and’ where you add on to the ideas and continue to contribute to the scene. While saying ‘yes’ allows the scene to continue, without the ‘and…’ it doesn’t move the storyline forward any.

I had begun to say ‘yes’ to my evolving story and how chronic illness changed my life. I could no longer work the job I once did, a lot of my hobbies were no longer feasible given my limitations, and I couldn’t parent the way I used to. I’d gotten to where I could accept these things. But just accepting them was not enough. If I wanted my storyline to continue, I had to contribute to it. I had to say “yes, and…”

One of my favorite things about improv is that there are so many options for directions to take a scene. When a plot twist is introduced, you get to decide where to go with that. Every time new changes are introduced, it provides new opportunities for you to get creative.

If I wanted my storyline to continue, I had to contribute to it. I had to say “yes, and…”

The same is true with living with chronic illness. And while it doesn’t feel great to be having all these changes thrown my way, each one gives me the chance to see how I want my story to go from there.

Now, when chronic illness tells me I won’t be working full-time, I can reply with “Yes, and I’ll write more often!” When it tells me I’m going to need a cane, I say, “Yes, and I’m going to decorate it and go dance with it!” And on those days Pain walks into my bedroom shouting, “You’re not going anywhere today!” I nod: “Yes. My other plans can wait; today is the perfect day to order food and have a movie marathon.”

Not only does “yes, and…” help me to keep on with my life, but it also helps me to once again feel like an active participant in it. When I first became chronically ill and was fighting against the changes, I felt defeated and tired. When I began accepting the change, I felt better, but still passive and resigned. Now, as I practice saying “yes, and” to the plot twists created by chronic illness, I feel actively engaged and optimistic about the story I am creating with this life. 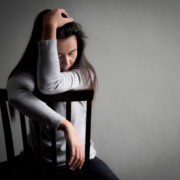 Getting Past Guilt
Angie Ebba
Ask Ada: Will I Ever Feel Normal Again, Post Illness?

Subduing The Voices: A PillPack Customer Story
Don’t miss one more amazing story.
Every week, we’ll send a few of our favorite stories to inspire you.
Send this to a friend
Scroll to top