Abuse of disabled people is rampant in our prison systems. Here's some of their stories.
paraplegiaschizophrenia 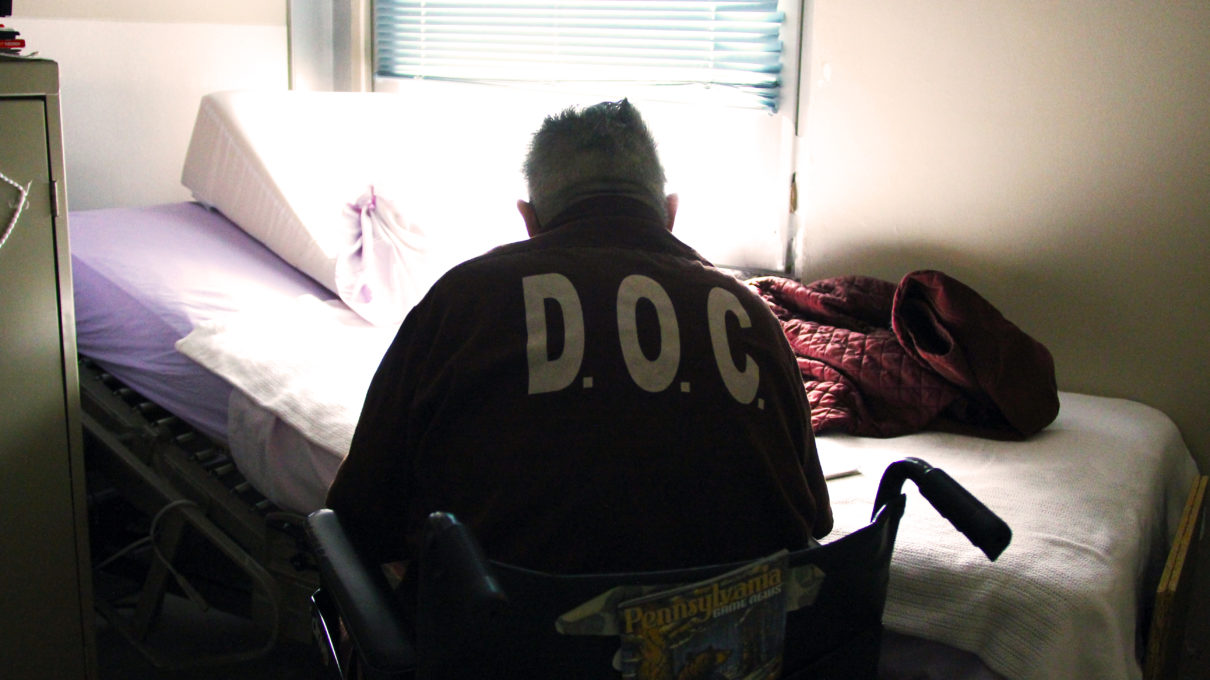 When Dean Westwood, master of social work and a board member of Disability Rights Oregon, describes the year he was incarcerated, the first word that comes to mind is “nightmarish.”

Due to a diving accident as a teenager, Westwood is paralyzed from the chest down. Upon reporting to prison in March 2014, he couldn’t change into his prison clothes on his own, so two large correctional officers lifted him by his armpits, another female staff member roughly removed his pants and underwear, stuffed him into pants two or three sizes too small, and dropped him down on top of his genitals.

“I was up in the air screaming out: ‘It’s killing me!” Westwood remembers. And that was just the prelude. Across three separate Oregon correctional facilities, Westwood says, his condition was treated with ignorance at best, and hostility and disrespect at worst.

One facility forced him to hand wash his own used catheters in the sink without hot water. A doctor at another told him it was time to go on “holiday” from his anti-seizure medications. And using the toilet was a nightmare. Where he would normally use a suppository and then bear down in a commode chair to move his bowels, the facility used makeshift equipment.

“They put me up in this swing, and quite literally scissored me up in this lift,” explains Dean W. “[Then,] they accordion-ed my body and squeezed fecal matter out of me.”

According to the most recent report released by the U.S. Department of Justice, 32% of those in federal prisons and 40 % of those in local jails reported having at least one disability.

Even so, like Westwood, prisons rarely provide adequate accommodations or medical help to the incarcerated. According to the Avid Prison Project, an organization that reported on the conditions faced by incarcerated disabled people, reports include: a visually impaired man having to miss programming because the facility wouldn’t provide him with visual aids and a woman who had her walker removed because medical staff knew she could do light exercise. Others have disclosed they’ve had to drag themselves along the floor because their cane or walker had been taken away from them.

“Their hands were all over my body. I was powerless to do anything…”

These reports all track with Westwood’s experience. Despite being a nonviolent offender,  he was kept in solitary conditions for 6 months. And when he needed assistance in the shower, the orderlies assigned to help him were in prison themselves for abuses against vulnerable populations.

“Their hands were all over my body. I was powerless to do anything, unless I didn’t want to shower,” he remembers.

Dean Higgins, who has autism and epilepsy, spent time in a Florida correctional institute from 2017 to 2019. In 2019, he filed a lawsuit alleging that, instead of being given proper medical care, he was beaten and thrown into solitary confinement after unintentionally biting a guard who was trying to restrain him during a grand mal seizure.

“Instead of viewing the biting as an involuntary act that was brought on by the seizure, the DOC punished him for biting a guard,” says Benjamin Stevenson, the American Civil Liberties Union lawyer representing Higgins.

The outcome of the lawsuit is pending, but there is no doubt Dean H. suffered from his punishment of over 7 and a half months of solitary confinement, in a cell where raw sewage – sometimes inches deep – seeped in.

“You’re just letting people out [after] sitting for a long period of time disenfranchised and hurt,” explains Mualimm-ak. “And you just let them back out into society like it’s nothing. That’s a problem.”

Solitary confinement is a torturous punishment e for anyone. For up to 160 hours a week, incarcerated people are locked in a cell the size of a parking space, eating and sleeping next to the toilet, with very little to do aside from stare at the wall. But for people with disabilities, solitary is especially devastating.  A 2017 national American Civil Liberties Union reportsays that the unique needs and medical attention of people with disabilities are often left unmet in solitary. Further, if there is an opportunity for programming (which includes educational and vocational classes) during solitary, the programming may not be accessible to someone with a disability. Solitary may also exacerbate or even create mental health issues.

Five Mualimm-ak spent over 5 years of his 12 year sentence in solitary. Although he entered the prison system with schizophrenia and bipolar disorders,the years of solitary and lack of treatment only exacerbated his conditions. Upon being released into New York City on parole, Mualimm-ak became so overwhelmed on a crowded street in Times Square that he was hospitalized for a panic attack, causing him to miss his parole check-in. He was then sent back to prison.

“You’re just letting people out [after] sitting for a long period of time disenfranchised and hurt,” explains Mualimm-ak. “And you just let them back out into society like it’s nothing. That’s a problem.”

It’s not supposed to be like this: The Americans with Disabilities Act (ADA) and the Rehabilitation Act apply to both state and federal prisons. These Acts serve to protect disabled people in prison from discrimination and to ensure that prison programming and services are equally accessible to all.

But in many cases, these laws must be enforced through lawsuits. One such lawsuit, Langford v. Bullock (settled in 2018) forced the Montana State Prison to make modifications, including making the facilities accessible and adapting classes, hearings and programming so participants with cognitive impairments could fully engage. That engagement is crucial, because it increases a person’s chances for early release and parole, meaning that disabled inmates whose prisons aren’t accessible are less likely to be released early than other patients.

But lawsuits are expensive, and even when they are won, they don’t necessarily make a difference. In December 2019, Disability Rights Florida, Inc., filed suit against the Florida Department of Corrections for breach of contract, because they had not provided the accommodations, aids, and services required by the ADA and other laws as they promised to do in a 2017 settlement.

Another Layer Of Dehumanization

Other than lawsuits, the only fallback disabled people in prison have are filing grievances.

Westwood says he filed grievances with ADA coordinators and nurse managerial staff when he was incarcerated. However, he felt it was the advocacy of his family–who were the “proverbial squeaky wheels” with staff, administrators and anyone they could get in touch with–and the genuine concern and advocacy of some of the nurses that really made a difference.

“It’s a wholesale slaughter of anything that makes a human being a human.”

Having family like Westwood’s on the outside is a luxury most don’t have access to. Given that the criminal justice system is often seemingly based on dehumanizing and stigmatizing individuals who commit crimes, for disabled people, who are already dehumanized and stigmatized, this effect is all the more profound.

“Your rights are parked at the [prison] door and it transcends the mere physical and mental,” says Dean W. “Everything you may have gained as an individual with disabilities to obtain your self determination, your independence, your physical ability to control your life is ripped away from you. It’s a wholesale slaughter of anything that makes a human being a human.”

Lessons From A Roller Derby Fall
Don’t miss one more amazing story.
Every week, we’ll send a few of our favorite stories to inspire you.
Send this to a friend
Scroll to top